The Regency Hotel murder trial has heard the victim of the shooting was ‘beyond help’ by the time the emergency services arrived.

33-year-old David Byrne from Dublin was shot dead at the hotel during a boxing weigh in almost two years ago. Patrick Hutch Junior denies his murder.

Paramedic Joe Brady arrived at the Regency Hotel on the afternoon of the shooting in February 2016 having been informed there were multiple gun-shot injuries.

He told the court he entered the hotel and saw a man lying against the reception desk with catastrophic injuries to his head and face.

He wasn’t breathing and had no pulse. There were large bullet casings around him and the area smelt like a firing range.The paramedic told the court the man was beyond help.

A Garda later recognised the victim as David Byrne from Raleigh Square in Crumlin. The three judges at the Special Criminal Court were also shown CCTV footage of the day of the shooting.

Before playing it, the prosecuting barrister said ‘certain parts’ weren’t easy to watch. Judge Tony Hunt, noting school children were in the court, asked anyone under the age of 18 to leave. A Garda then showed the three judges the moments on the footage when David Byrne was shot.

Meanwhile a reporter has told the Regency Hotel murder trial he thought a Garda raid was taking place on the day of the shooting.

Reporter, Robin Schiller, from Independent News and Media went to the Regency Hotel on February 5th 2016 along with photographer Colm O’Riordan.

Mr Schiller said they were at the boxing weigh in and left just before half two. He said he was at the front of the hotel where he heard a loud bang and two people ran out and said: “It’s all kicking off in there.”

He told the court he then saw what he believed were three Gardaí from the Emergency Response Unit enter the hotel.

He said one of them pointed a gun at him and told him to ‘get down’ and he was then told to ‘get the f** out of here’. He said he called his news desk as he thought a Garda raid was taking place.

He later heard someone shouting – ‘he’s not in there, I couldn’t find him’. Photographer Colm O’Riordan told the court he saw two men in what appeared to be Garda uniforms enter the hotel that day.

He also thought they were from the Emergency Response Unit, taking photographs of them on his IPhone, with Robin Schiller saying ‘they should get out of there’.

The trial is set to continue. 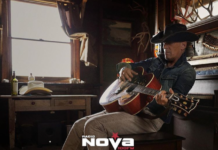 Man Dies After Being Found Unconscious In Dublin