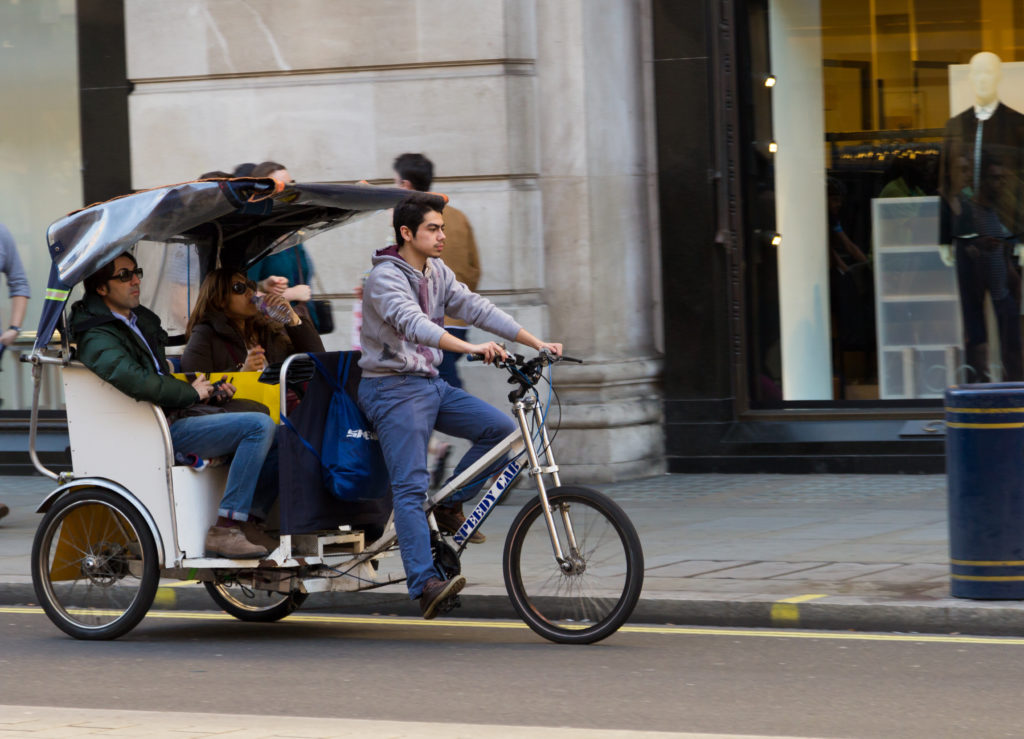 Rickshaws could soon be regulated in the same way taxis are.

The cabinet’s considering new laws which would clamp down on operators after safety concerns.

Under the Government clampdown motorised rickshaws will be completely banned while other non-electric operators will have to adhere to similar regulations as taxi drivers.

There have recently been serious concerns over the safety of rickshaws as they are mostly used by young people leaving pubs and nightclubs late at night.

The new legislation will require rickshaw owners to apply for a licence if they want to operate.

They will need a tax clearance cert and Garda vetting to be eligible for the licence.

A recent National Transport Authority survey found 57% of rickshaw passengers had an accident or near-miss during a journey.

It has also been reported that 154 rickshaw drivers have been arrested while working under the Misuse of Drugs Act in the Pearse Street District in the past 18 months.

Speaking in relation to the regulations and how these would work practically Minister for Transport Shane Ross said “The NTA would not need extra staff.

Gardaí could be empowered to act decisively when coming upon a rickshaw on a public road.”