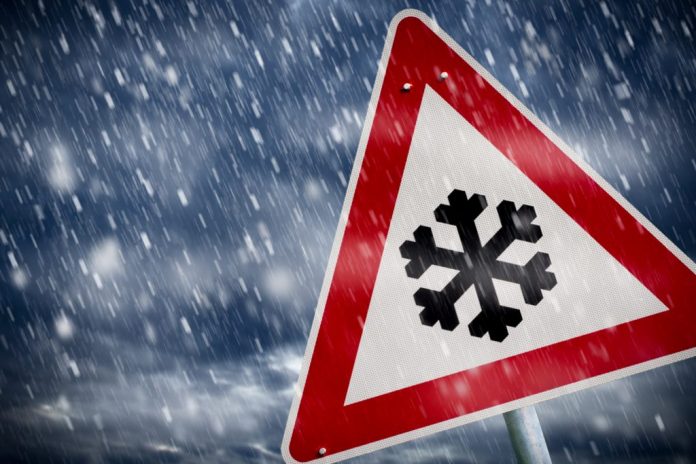 Met Eireann expects snow to be prevalent for the first four days of this week. It is to be similar to what was experienced in 2010 and the “Beast From The East” of 2018. In a drastic change of weather, temperatures are to drop as low as -3 degrees.

Monday will see frost and snow to hit parts of Dublin . This snow will gradually fall, but some snow will fall on higher ground with temperatures of 3 degrees.

Temperatures are expected to drop to -2C this evening. Very sharp frost and snow is to present in many places as well as further showers of rain, sleet, and hail. More here.

Other weather experts are issuing a “Stratospheric Weather Warning” for the week ahead. This is an event that takes place in 10-50 KM of the stratosphere. This usually increases the risk of colder than normal weather 10-14 days later.

This increases the chance of cold weather. But it depends on the position of high pressure close to or over Ireland.

Carlow Weather’s Alan O’Reilly said recently, “A Sudden Stratospheric Warming event looks more likely now. As usual, what impact this will have on our weather remains to be seen”.

On Saturday, he said, “It is worth noting that most SSW events did NOT result in a cold spell for us and some of the coldest winter events happened with NO SSW”.

According to Met Eireann, the week ahead looks like this:

Tomorrow: “Tuesday will continue to be very cold with frost and ice clearing very slowly. There’ll be further scattered wintry showers of rain, hail, sleet and snow. Daytime temperatures of just 2 to 4 degrees with moderate north to northeast breezes.

Tuesday night will be cold with a widespread sharp or severe frost and ice in many areas. Most areas will be dry with clear spells. However, scattered wintry showers of hail, sleet or snow will affect the eastern half of Leinster. Lowest temperatures of -3 to +2 degrees”.

Wednesday: “It will continue to be very cold with sunny spells and with frost and ice clearing slowly, but lingering in some areas. Highest temperatures of just 2 to 4 degrees in light northwest breezes. Cloud will increase in the northwest later. During the evening, rain will develop in the northwest and will spread southeastwards throughout Wednesday night, falling as sleet or snow in some areas. Lowest temperatures of -2 to +2 degrees with frost and icy patches in many areas”.

Thursday: “Rain, sleet and snow will continue to move southwards and will clear in the afternoon with sunny spells and some wintry showers in Ulster and Connacht. Highest temperatures of 2 to 4 degrees with light westerly winds becoming northwesterly. Thursday night will be cold and mainly dry with clear spells and a widespread severe frost and icy patches”.

Friday: “It will be cold and mainly dry with sunny spells. Highest temperatures of 2 to 5 degrees with light northerly breezes. There’ll be a widespread severe frost on Friday night”.

On the weekend, Met Eireann said, “It will continue to be mainly dry. But it will become somewhat cloudier with a little patchy rain or drizzle at times”.