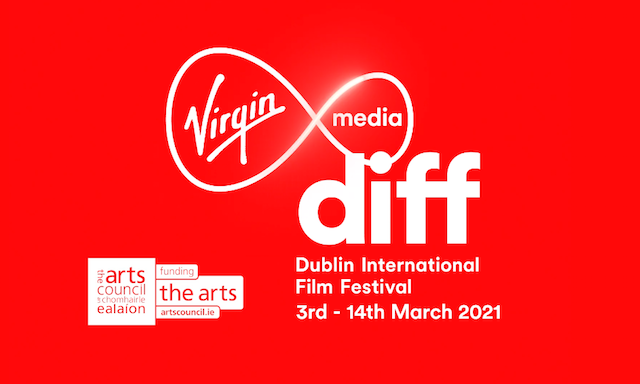 Even though cinemas are currently closed there will still be a full programme of films to enjoy from across the world, in the comfort of your own home with Virgin Media’s Dublin International Film Festival launched today.

Running from 3-14 March 2021, the Festival has been re-imagined to bring audiences the best of new films and old classics, all while allowing people to attend the festival in the safest way possible via screening portal Eventive.

Among the virtual special guests, Stanley Tucci and Colin Firth will return to the Festival for a post-show discussion after the Virgin Media Opening Gala presentation of moving drama Supernova.

One of the other highlights of the schedule includes Rachel Carey’s deliciously dark Irish comedy Deadly Cuts as this year’s Virgin Media Closing Gala.

The comedy is the feature debut from writer/director Rachel Carey.  Speaking about the film’s theatrical release and world premiere, Rachel said “I’m thrilled that Wildcard will be bringing Deadly Cuts to Irish cinemas next year. I made this film because I’d felt for a long time that a Dublin comedy was well overdue – especially one that featured the style, wit, and occasional murderous urges of the Dublin young one – and I can’t wait for audiences to watch it fly.  As a film written for and about my home city, I couldn’t think of a more fitting place to launch it into the world than at DIFF 2021; and to be chosen as the Closing Gala film is a huge honour for all of us involved.”

Festival audiences will also get exclusive opportunities to watch some of the most anticipated films of 2021 including Ammonite, My New York Story and Minari.

A stand out documentary film about a real-life Babe is the compelling star of Gunda, Viktor Kossakovsky’s intimate account of the life of a pig.

And sixty Trinity College students from fourteen countries chronicle their forever changed world in Covid 19 lockdown Is Anybody Out There.

“It has been a very different selection process this year, but as we finally announce the programme I’m extremely proud of this year’s line-up – there are some lovely premieres and previews, some old favourites and some wonderful discoveries and debuts from around the world. I hope that this year’s programme will excite and delight both our regular attendees and attract new audiences to this year’s celebration of the best of independent cinema. It’s been a long climb to get here – but we believe the view is worth it,” says Gráinne Humphreys, Festival Director.