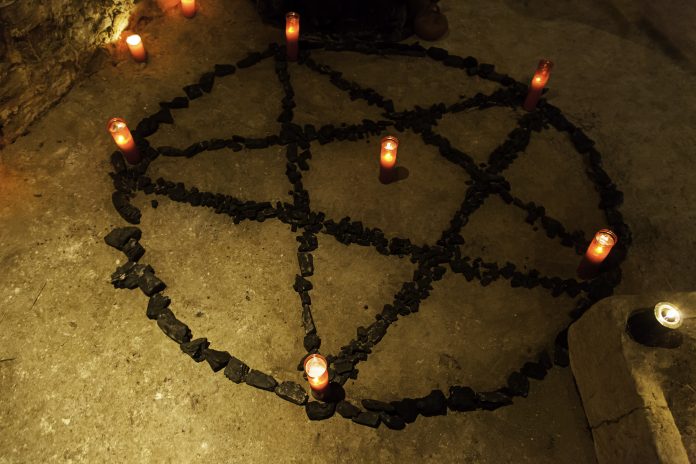 A copybook seized from the home of one of two boys accused of murdering Ana Kriegel contained a satanic pledge and drawing, the trial has heard.

The two 14-year-old boys have pleaded NOT guilty to murdering the Kildare schoolgirl at a derelict farmhouse in Dublin last May.

Yesterday, the jurors watched the eighth and final Garda interview with BOY B – who is accused of luring Ana Kriegel to her death.

BOY A is accused of violently sexually assaulting and killing the 14-year-old. Both boys deny the charges.

He told detectives BOY A told him a month beforehand that he was planning to kill Ana, but he said he didn’t think he was being serious.

He said he saw his friend take her down in a carpeted room inside a derelict farmhouse in Lucan on May 14th last year. He said he watched from the doorway as he choked and undressed her. He said BOY A was wearing a mask at the time and he ran away when he looked at him at one point.

Today, the jurors were shown a red copybook found in BOY B’s room.

They were shown what was described as a satanic pledge and a drawing inside. A number of names, including the two accused boys, were listed with symbols to the right of each.

A list of four rules were then read out:

1. Only pledge hosts can give pledges
2. Don’t talk about it
3. Act normal like nothing happened
4. No talking about Jesus or God – only Satan

TDs Told That Two Hours In Enclosed Dáil Will Make Them...