Advertisement
Home News Corona Cough To Be Tackled By Gardaí 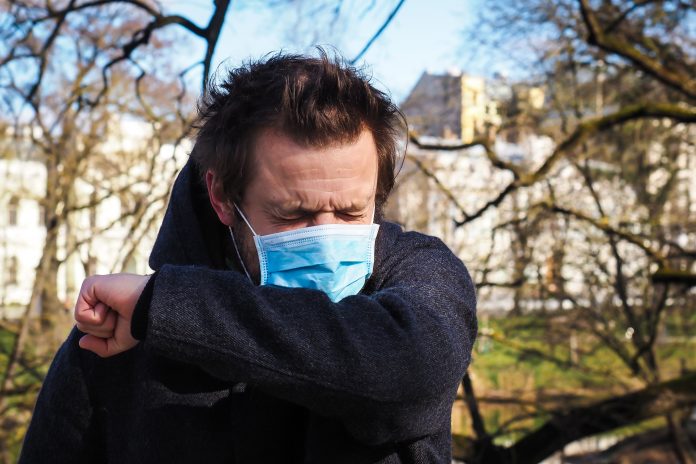 Gardaí have called on people to report any instances where they have been threatened or intimidated by people deliberately coughing and spitting at them.

A man in his late teens was arrested in County Waterford on Monday as part of an investigation into this type of behaviour while Health Minister Simon Harris said two people approached him in public and purposefully coughed in his face before walking away laughing.

He was responding to a question about the so-called ‘Corona challenge’ on social media in which young people video themselves coughing into people’s faces.

Health Minister Simon Harris says targeting people in the community and coughing in their face as a joke is 'disgusting' and 'pathetic' | Follow live #coronavirus updates: https://t.co/5xl0IqJCmf pic.twitter.com/r22ozt30Fl

Harris said a man and woman on the street came up to him and tried to cough on him as a joke yesterday.

“There seems to be some sort of social media game. It’s not a game. It’s disgusting,” Harris said today.

In a bid to stamp out the amount of rumours being spread on the subject of Covid-19, Gardai have asked that all suspected criminal activity should be reported to them and not broadcast on social media.

A Garda statement says, “An Garda Síochána is aware of ongoing social media reports in relation to person engaged in ‘coughing’ at persons. Any member of the public should report such activity to An Garda Síochána and not on social media. This activity could amount to an offence under the Public Order Act or Non-Fatal Offences Against the Person Act. An Garda Síochána will treat any reports of this type of activity seriously.”

The Garda has received several reports of young people coughing on passersby since the beginning of the coronavirus outbreak, but has stressed it does not believe it to be a widespread problem.