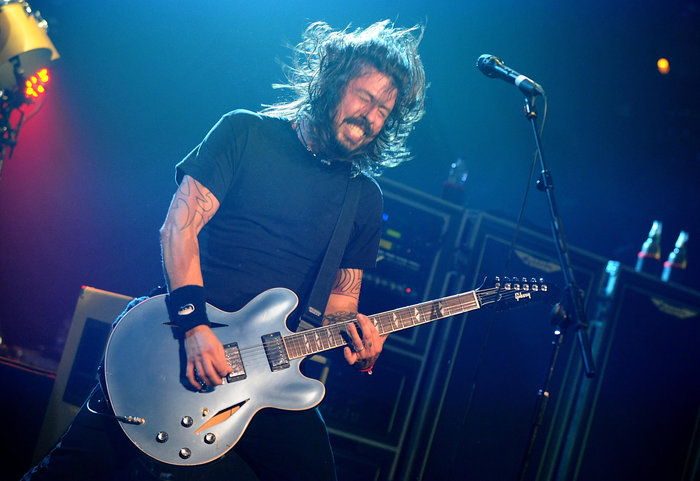 Dave Grohl, frontman with Foo Fighters has revealed his excitement about the band’s imminent studio record.

This forthcoming release will be the follow-up to the band’s 2017 studio offering “Concrete and Gold”. Grohl discussed the new drop during a recent interview with Kerrang via Antimusic.

The frontman maintains that this new album is “unlike anything we’ve ever done.” The former Nirvana drummer continued:

“We just finished another record, and I’m so proud of it. It’s unlike anything we’ve ever done. I’m f***ing excited for people to hear it and I can’t wait to jump on that stage to play it.”

“There are choruses on this record that 50-f***ing-thousand people are gonna sing, and it’s gonna bring everyone’s hearts together in that moment. And that’s what it’s all about.”