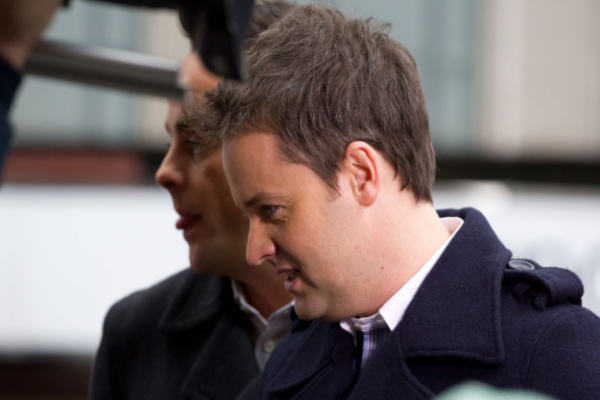 Declan Donnelly has said that his family are “beyond devastated” following the tragic death of his brother Father Dermott Donnelly. He was 55 years old.

Father Dermott was one of seven children. They were raised in Newcastle’s Cruddas Park estate.

Father Dermott Donnelly was a Catholic priest. It was reported that Declan came to his brother’s hospital side, having fallen ill.

He had taken Holy Orders in 1992. He took these orders at the same cathedral, where he officiated his brother’s wedding in 2015.

Saying that he is “beyond devastated”, Dec took to Twitter to pay tribute to his late brother.

“I am heartbroken to tell you that my darling brother Fr Dermott, sadly passed away this afternoon”, Dec tweeted. “We are all beyond devastated. Thank you for your messages of sympathy and support, they are appreciated”.

“It is with great sadness that we confirm the death of Fr Dermott Donnelly who died peacefully this afternoon in hospital surrounded by his family and close friends”.

They also added, “We ask for the utmost privacy for the Donnelly family at this difficult time”.

Father Dermott was also asked by the Bishop of Hexham and Newcastle to set up an outreach programme. This programme was aimed at introducing young people from disadvantaged areas to the Catholic Church.

“It is with great sadness that I inform you of the death of Fr Dermott Donnelly who died peacefully this afternoon in hospital”, he said. “This has come as a great shock to all of us”.

“Please pray for the repose of his soul and keep his family, especially his mother, in your prayers at this difficult time”.

He also added, “Funeral arrangements will follow when finalised”.

Mid-Week Blues? Why Not Head Out Tonight To One Of Many...