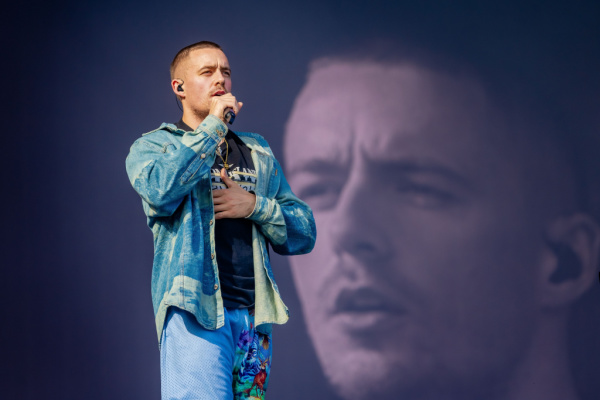 Dermot Kennedy has just announced that he will take to the stage for a live headline show at Dublin’s Marlay Park next year (23 June 2023).

The Giants singer confirmed this news via social media.

“Dublin!! My home!!! I’ll be playing for you next summer at Marlay Park!!! I cannot wait!! Be quick!! I love you!Tickets go on sale this Friday 7th Oct at 10am local time”, he wrote.

Dublin!! My home!!! I'll be playing for you next summer at Marlay Park!!! I cannot wait!! Be quick!! I love you!Tickets go on sale this Friday 7th Oct at 10am local 🇮🇪 💚

Kennedy will perform at the venue, with tickets available this Friday (October 7) at 10am. They will cost €53.65, which includes booking fee.

This show will undountedly feature performances of tracks from the singer’s recent album ‘Sonder’, which arrives on November 4 of this year. Such tracks include ‘Kiss Me’. Check out the video for that song here.

The lead single from the album is ‘Something To Someone’, which has accrued 20 million streams online. See below.

Last December, Dermot Kennedy helped to raise over $300,000 for various charities, following a string of live performances in Dublin’s 3Arena and the streets of New York City.

Such charities include Musicares, Pieta House and Focus Ireland.

These performances included a live busking session from the Irish singer along the streets of Washington DC in Washington Bush Park, followed by two live gigs at the 3Arena.

“One of my favourite things I’ve ever done in my life…. It was a beautiful energy”, Kennedy said of the performance in New York. “My first time playing in the street in about 8 years. It was never like this though….”.

He also called the experience  “the most fulfilling thing I’ve done in my career yet… So much love that I cannot get into a caption”.

“This will help so many people who need it. It may even save some people. Thank you so much for playing your part. You raised all this money from buying tickets and donating, I just facilitated it. Our country is small but mighty, and when we come together special things happen. Thank you so much”, he later added via Instagram.

Prince Fans Pay Respects At Paisley Park 5 Years On From...