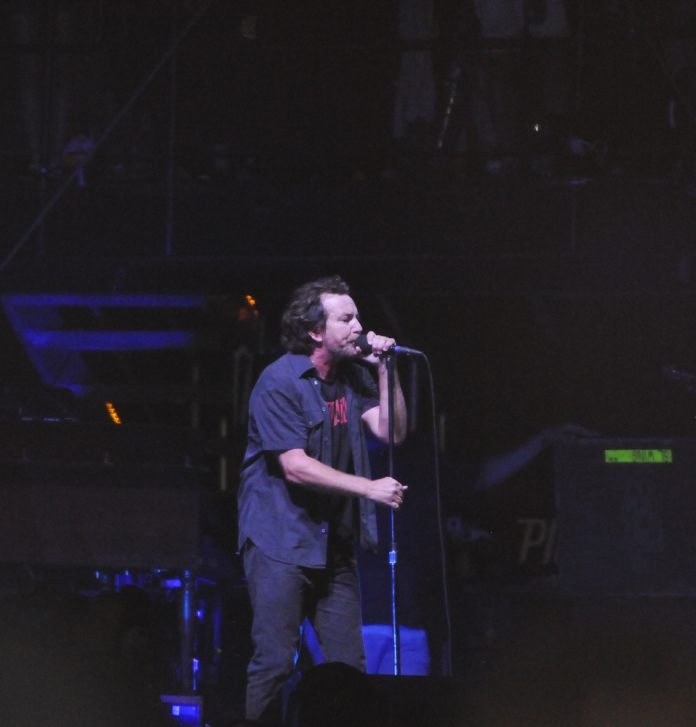 The song is from the soundtrack to the Robert F. Kennedy documentary Return to Mount Kennedy.

Vedder also released a second version of the track which features a remix from Yeah Yeah Yeahs’ Nick Zinner.

In a press statement Vedder said: “Listening to the speech delivered by Bobby Kennedy in regards to the assassination of Martin Luther King Jr. 50 years ago, you are reminded that once again we are at a moment in time when our society can and must do better.”

“Voting is our most powerful form of nonviolent protest.”

Gorillaz Plan To Release Another New Album Next Year