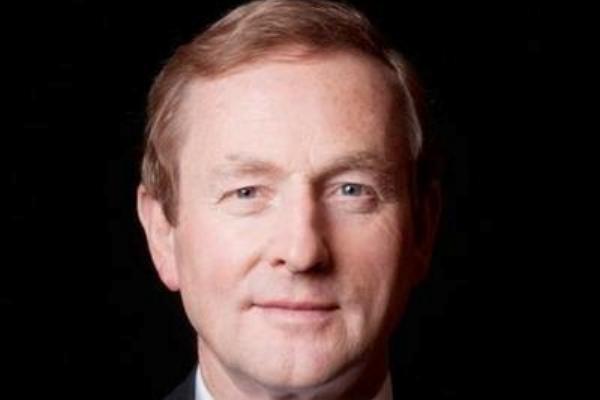 Former Taoiseach Enda Kenny has been presented with a European of the Year award. European Movement Ireland is bestowing the honour on him for strengthening EU-Irish relations.

Current Taoiseach Leo Varadkar presented the award to his predecessor this afternoon, saying:

“Right from the start, he displayed a positive, consistently optimistic approach to solving problems, backed by a steely resolve which came to stand the country, and the EU, in very good stead.

In 2011, when Enda became Taoiseach, our GDP had plummeted, unemployment had soared, and Ireland’s international reputation was in tatters.

“Under his patient and determined leadership, he steered the country on a path to regain what was lost.

“He had to fight for our national interests, but guiding his work at all times was his genuine appreciation of, and commitment to Europe.”

The former Taoiseach commented that Ireland’s membership of the EU has brought about many changes.

“Ireland’s membership of the EU has transformed our country, from being backward, introverted and protectionist to outward-looking, export-oriented, with a globally confident people.

“While Brexit is clearly of critical importance to us as an EU member, Europe as a global player cannot become absorbed with the issue to the neglect of its own future agenda and the place in the world of the European Union in 20 years’ time.

“It is Europe’s value system that makes it so strong: peace, personal dignity, freedom, opportunity, privacy.

“A Europe that forges strong leadership and that shows real partnership can build a continent that is life giving, hopeful and popular and not one that is divisive, destructive and populist.”

I was honoured today to present the European of the Year Award to Iar-Taoiseach Enda Kenny. When the history books are written it will be said that he was the Taoiseach who gave us back our future. pic.twitter.com/dtLokjepnA

Enda handed himself an award today. You paid for it. In more ways than one. #EuropeanOfTheYear pic.twitter.com/A2KFnPDOzZ