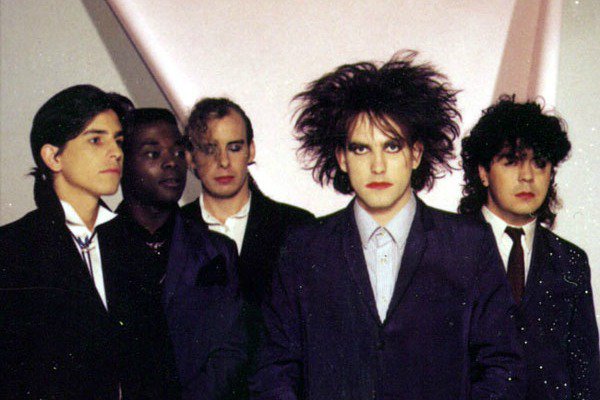 Andy Anderson percussionist with The Cure from 1983 to 1984 has died from cancer. He was 68 years old. Anderson contributed percussion for one of The Cure’s biggest hits, “Love Cats”.

It’s with a heavy heart, I have to report the passing of a Cure brother.
Andy Anderson was A true gentleman and a great musician with a wicked sense of humor which he kept until the end, a testament to his beautiful spirit on the last journey. We are blessed to have known him.

Anderson joined The Cure’s line up for the group’s first live performance following a break. Guitarist, Simon Gallup had left and drummer, Lol Tolhurst, had moved to keyboard duties.

Anderson was playing with Hawkwind before being enlisted for a return to live performance by The Goth Rockers. That gig was filmed at the Oxford Road Show in Manchester in early March 1983.

Andersons’ participation is mentioned in the book, Ten Imaginary Years via Post Punk: “The Cure were offered a spot on The Oxford Road Show. The programme’s director wanted two songs – ‘Let’s Go To Bed’ and ‘Just One Kiss’. But, out of sheer perversity and because he wanted people to realise The Cure did still exist, Robert elected to play ‘100 Years’ and ‘Figurehead’.”

“All he needed was a band. Parry had a tape of and was impressed with the drummer, Andy Anderson, who’d played with Hawkwind among others.”

Robert Smith said of the rejuvenated line up, “It was a real pleasure. I was singing live again for the first time since Simon [Gallup] had left and I realised, then, how much I was missing it.”

Anderson parted ways with the band in 1984. He was also a member of Iggy Pop’s touring band in 1987 and also worked with Peter Gabriel and former Sex Pistol Glen Matlock, Midge Ure and Steve Hillage.

Check Out These Awesome Illustrations Of Freddie Mercury!