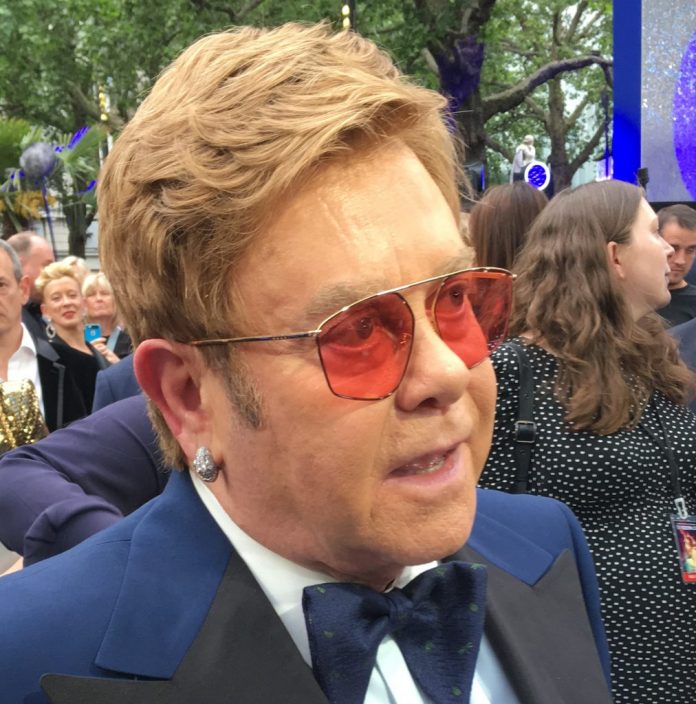 Sir Elton John couldn’t hide his delight as he appeared on the blue carpet on Monday at the UK premiere of Rocketman, the biopic about his life.

The 72 year old musical icon was joined by stars of the film including Richard Madden and Taron Egerton, who led the many celebrities attending the screening at the Odeon Luxe in Leicester Square, London.

The movie is a musical about the fantastical human story of Elton John’s breakthrough years and is produced by both Elton and his husband David Furnish.

The film charts Elton John‘s rise to super-stardom and doesn’t shy away from depicting his sexuality, as well as his struggles with drugs and alcohol.

Since its world premiere at Cannes Film Festival last week, Rocketman has received a number of comparisons to the Oscar-winning Queen biopic Bohemian Rhapsody.

The comparisons have been drawn due to both films documenting the rise to superstardom of two larger-than-life characters, but also because Rocketman director Dexter Fletcher took over to finish Bohemian Rhapsody after Brian Singer was fired.

Johnny Depp “Slapped Me Across The Face” Says A Tearful Amber...