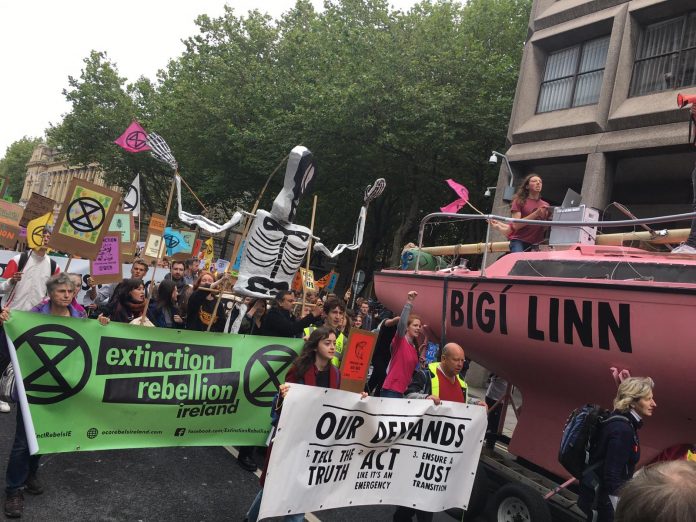 The group has set up blocks around the capital for what they call a “festival of city disobedience”. 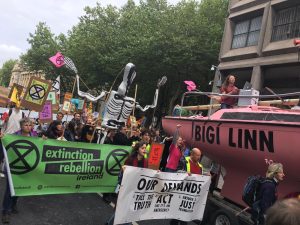 They have held a procession from Heuston Station to Government buildings this morning with a coffin bearing an effigy of the earth.

The protesters are calling on the State to address the climate crisis. According to reports, each day there will be a different theme and activity.

As a result of the protest, Dublin Bus has said a number of diversions will be in place “until further notice”. Dublin Bus said in a statement:

“Normal route to St. Stephen’s Green, divert via Kildare Street, South Leinster Street and back on to normal route.”