Home News Family Of Woman Who Was Stabbed Flew To Ireland Just Before Her... 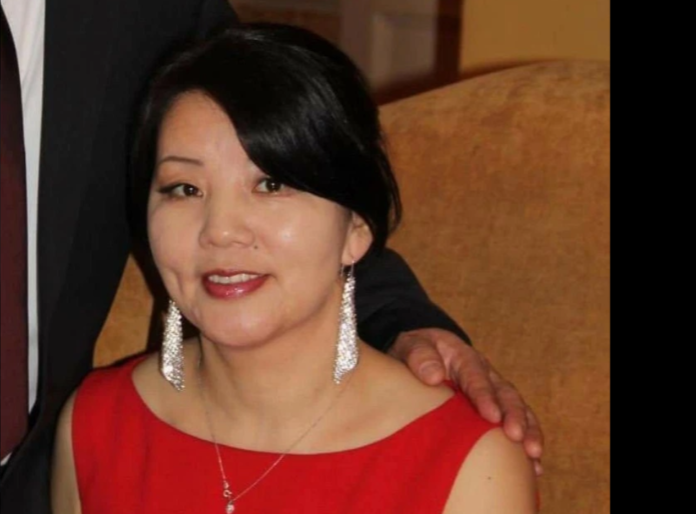 The heartbroken sister and son of the cleaner stabbed to death have flown to Ireland. 49 year old Urantsetseq “Urnaa” Tserendorj died yesderday, after she was stabbed whilst walking home on the pedestrian walkway, between Georges Dock and Custom House Quay in the IFSC a fortnight ago. Ms Tserendorj was originally from Mongolia.

She had undergone surgery, but her condition deteriorated.

A special GoFundMe donation page has also been set up in order to support the grieving family.

“People are very angry about this”

Investigators at Store Street Garda Station confirmed they are treating this death as a murder investigation. They also confirmed they received the post-mortem results.

Gardaí released the statement, “Gardaí await the outcome of a post-mortem examination to determine the course of further investigations in the case”.

One friend also paid tribute to Ms Tserendorj. They wrote, “People are very angry about this. Ms Tserendorj was a lovely person who was devoted to her family and her community”.

Ring also said, “This tragic news again brings into focus the necessity and indeed obligation on us all to tackle this problem”.

Niall Ring spoke recently on the knife crimes that have been occurring in Dublin recently. He urged the entire community to come together to tackle this problem.

Ring also said, “Overall, we cannot and will not accept a situation where knife crime is the norm. All stakeholders must come together and stamp this out”.

He also urged Gardaí, politicians, activists and the community to work together too. They need to “look at the issues raised and come up with solutions”.

Councillor Ring added, “The Gardai must also be fully resourced to ensure that they can effectively use the specific provisions regarding knife crime powers envisaged in the Firearms and Offensive Weapons  (Amendment) Bill which needs to be enacted now”.

He also stated that he was writing to Justice Minister, Helen McEntee to enforce a legislation bringing tougher prison sentences for knife crime. ”I am writing to Minister McEntee asking her to get this legislation, which doubles the sentence for carrying a knife with intent to harm, from five to 10 years”. Adding, “This Bill has been gathering dust for nearly two years”.