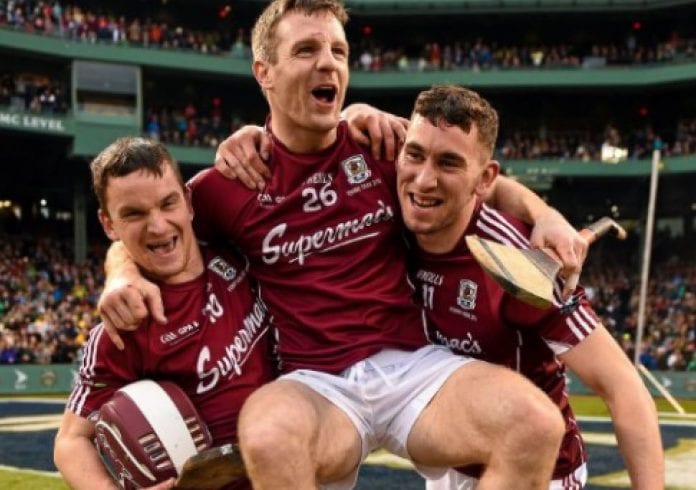 AIG’s Fenway Hurling Classic kicks off this weekend, which will see Galway, Clare, Tipperary and Dublin battle it out in Boston, Massachusetts.

Dublin and Galway will see a rematch of 2015, where the teams showcased their skills at the Boston Red Sox grounds, seeing Galway win out on a scoreline of 50-47.

This Sunday @TipperaryGAA, @GaaClare, @DubGAAOfficial and All-Ireland champions @Galway_GAA return to Boston's @RedSox to battle it out for the #AIGFenwayHurling Players Champions Cup! A day not to be missed! Get your tickets here: https://t.co/rzG25FpcF2 pic.twitter.com/0S8MLX3i1g

Nonetheless, this weekend will be the first outing for newly appointed Dublin manager, Pat Gilroy who will be hoping to establish a firm grip on his side.

Gilroy had previously managed the Dublin footballers to their 2011 All Ireland title and has this year thrown in his lot with the hurlers.

The St. Vincent’s clubman has also named his backroom team for the clash, which will see former Galway boss Anthony Cunningham join the party alongside Mickey Whelan and Paddy O’Donoghue.

Whelan and O’Donoghue both formed part of his backroom team during Gilroy’s tenure with the footballers, while Whelan also managed St. Vincent’s to the Dublin Senior Hurling County Semi-Final against Cuala this year.

Speaking about the upcoming battle, Tipperary star John McGrath, stated: “It’s good to try these things out, some of them may work in hurling down the road and it’s great for players to adapt. We won’t feel it now until we are into 2018 so everything that helps is a bonus.”

All four teams will be carrying a squad of 24, with all expected to play a role on field as unlimited substitutes will be allowed for the eleven-a-side exhibition.

Both semi-finals and the final (8pm, Irish time) will be broadcast live on TG4 this Sunday, November 19th.

Things Heat Up At The World Cup