History has been made with the announcement of the first ever black Miss Ireland in the form of Miss Galway, Pamela Uba who has faced a significant challenge to get to such a lofty point in her life.

The 26-year-old, whose family moved from South Africa to Ireland when she was seven, has a masters degree from Trinity College Dublin in clinical chemistry and now works in Galway University Hospital.

Pamela is also a former direct provision resident, where her family lived for 10 years.

She told Newstalk “It feels surreal, like I haven’t come back down to Earth, it’s just a whirlwind of thrills and excitment and I’m so, so, so grateful.

“When you have a dream, and you work so hard for it, when you actually acheive it it is quite shocking to realise ‘Oh my God you actually made it‘.

“I couldn’t believe it, I just broke down in tears – I was telling myself ‘Don’t cry’ but it just kept flooding out of me.”

For her life in direct provision was very challenging..

“My family spent 10 years there – it’s a system where you’re nearly reliant on everyone, you can’t do anything for yourself.

She will represent Ireland in the Miss World 2021 contest in Puerto Rico in December.

Physical Activity May Increase Your Chances of Having a Heart Attack, According to Studies 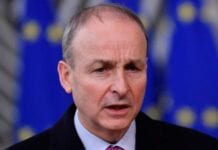 Calling BBQ Lovers! The Big Grill Festival Is On This Weekend