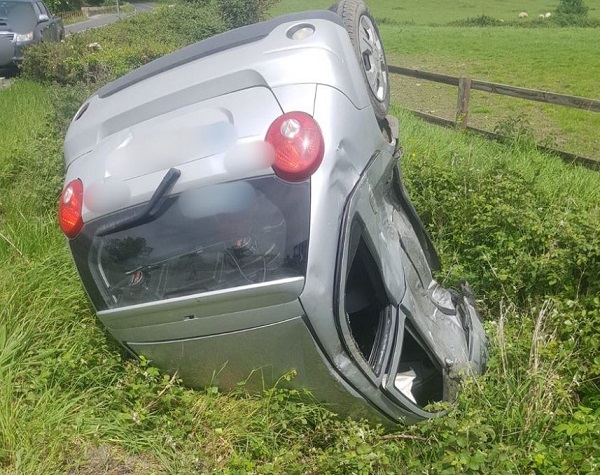 Four people have received injuries after a two-car collision in Fingal. The two-vehicle crash happened in Rowlestown yesterday 1st of June.

Dublin Fire Brigade has posted a photo of an overturned car that was involved in the road traffic collision.

Emergency services rushed to the scene and four persons were transported to hospital.

Emergency services reported they had minor injuries after being treated at the crash scene by paramedics.