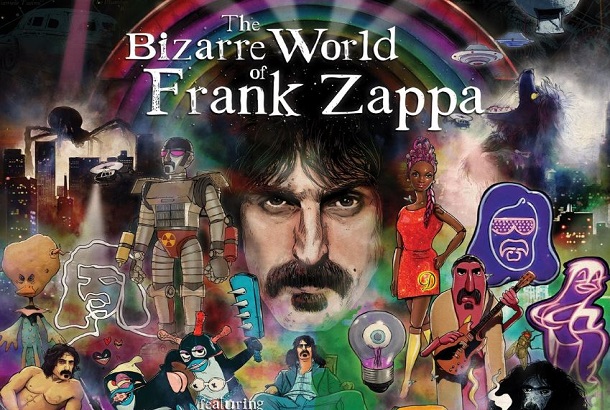 The Bizarre World of Frank Zappa hologram tour has just been announced. The tour will feature new music and former band members!

“The Bizarre World Of Frank Zappa” hologram tour will make its debut this April in the U.S! Tickets on sale Friday, February 15 at 10AM (ET) at all major ticketing outlets, with a special VIP pre-sale launching on Wednesday, February 13 at 10AM (ET). https://t.co/pU9Pu6QbEo pic.twitter.com/dxAhgdtIiy

The shows kick off stateside on April 19th and 7 European Zappa shows are set for May. Ahmet Zappa said in a press release via UCR,

The show was compiled from “hours of never-before-seen Zappa performance footage” filmed in 1974, when he turned his rehearsal space into a sound stage and recorded an entire performance “seen only by the camera operators in the room.”

The hologram will be undertaken by Eyellusion, the company earlier oversaw a similar venture featuring the music of Ronnie James Dio. A complete list of announced dates, cities and venues is below. More shows will be announced. Tickets go on sale this Friday and for more, visit www.zappa.com