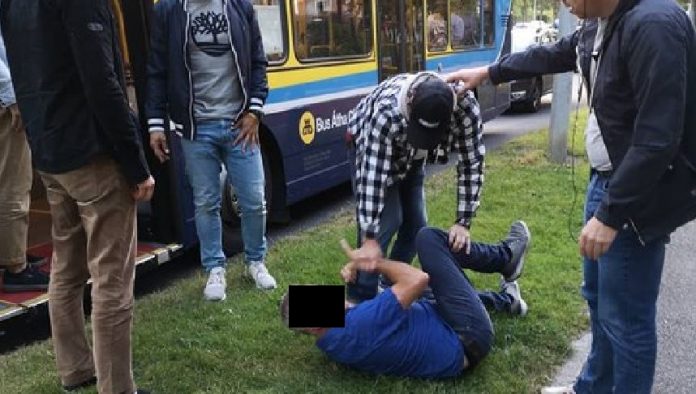 Gardai have launched an investigation when a bus driver was horribly attacked by a man while working in Finglas last Friday evening at around 7pm.

A disgusted passer-by claims that the driver ended up on the ground after halting the bus abruptly and following the man off the bus.

Shocking images show a passenger stamping on a bus driver as everyone looked on.

Dublin Bus confirmed they are investigating the incident while gardai are also probing.

First Look At ‘After Life’ 2 From Ricky Gervais