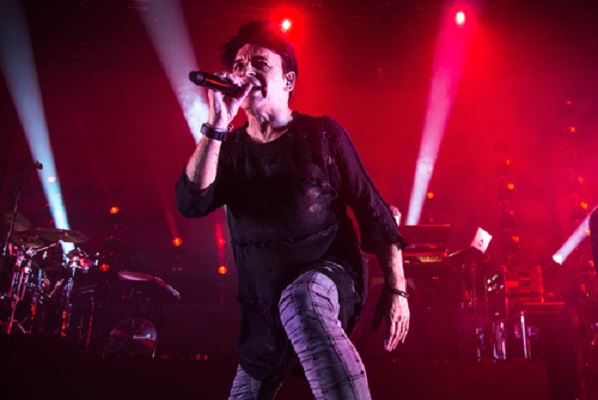 Gary Numan reveals in an interview with The Guardian that he doesn’t listen to music for pleasure. The singer said listening to music can feel “a bit like working” so he avoids it, admitting that he cannot help but pick it apart.

“Also, I’ve got three children, four dogs and a very noisy wife, so if I do find a quiet moment, I treasure it,” the singer said.

At 62 years old, Gary likes his relaxing life. He describes his Sundays as being with his girls by the pool in LA. That is, unless his other love, the Grand Prix is on the telly. The singer also loves to take out a boat at Newport Beach to go whale watching.

“I’ve seen blue whales, humpbacks, all kinds. But no way am I going in the water – they’ve got great white sharks here, too.”

Although he likes some really interesting things, Gary thinks a perfect Sunday afternoon is watching a movie with his family.

“After our meal we’ll almost invariably end up at the cinema. We just watched the Secret Garden. It was magical and beautifully filmed – I loved it.”

Recently, Gary joined The Mission’s Wayne Hussey to cover their 1988 single, ‘Tower Of Strength’. To raise funds for COVID relief, they teamed up with members of The Cure, Depeche Mode and The Smiths.

Martin Gore, Budgie of Siouxsie and The Banshees, Slowdive’s Rachel Goswell, Bauhaus drummer Kevin Haskins and many more joined them.

The group dubbed the project “ReMission International” and retitled the track ‘TOS2020’. Sales of the single will be donated to charities chosen by each contributing artist. A digital release came out on August 28th, with 12” vinyl and CD editions releasing on October 2nd.

“When COVID-19 hit I started receiving messages asking ‘why don’t you re-issue Tower Of Strength for the frontline workers?’,” Hussey said of the project in a statement.

“The song had apparently been adopted as an anthem by some NHS workers, and it got me thinking that I would like to contribute something to the greater cause at this unprecedented time and the only thing I could really contribute is music.”