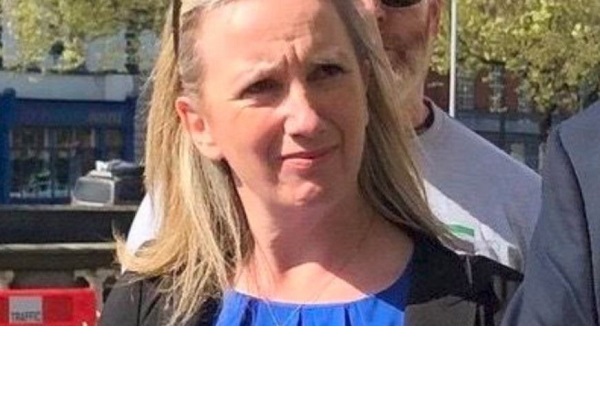 Gemma O’Doherty has been handed down a suspended sentence for public order offences which took place in Kilmacanogue, co Wicklow in August 2020.

The former journalist was also fined €750. She was convicted for threatening and abusive behavour. She also refused to give her of name or address to Gardaí on an N11 footbridge in Wicklow.

“traitors to the Irish public”

O’Doherty has already lodged an appeal against her conviction.

Her solicitor Brian Mahoney also said that this incident took place against the backdrop of a campaign that his client was heavily invested in.

Speaking at the court, Garda Andrew Sullivan detailed the accusations aimed at Gardaí by O’Doherty during this altercation.

“We were told we were traitors to the Irish public and that we were complicit with cover-up of paedophilia, and complicit in the cover-up of murder”, he said.

He also added, “She said we would get the sack and she said our pensions would be gone”.

“Tried to walk off the bridge”

Garda Sullivan also said that O’Doherty refused to give her name or address.

“He moved to arrest her and she tried to walk off the bridge”, he said.

Along the bridge also read signs including “No forced vaccines” and “masks spread virus”.

“We remained calm throughout”, Garda Sullivan insisted. “They had a right to protest – that wasn’t disputed. I expressed concern for the motorists below”.

Gemma O’Doherty was then arrested by Garda Joseph Waldron after she refused to give her name and address.

Language used by O’Doherty was “Atrocious”

Judge David Kennedy called the language used by O’Doherty towards the Gardaí as  “atrocious and they were said deliberately”. He also called it a deliberate breach of the peace.

“She called them gangsters, thugs, said that they covered up paedophilia, they were traitors, and covered up murder”.

O’Doherty was then handed a two month suspended sentence and fined €750.

Back in April the Court of Appeal had ruled that Gemma O’Doherty and John Waters had to pay legal costs from their failed appeal against a refusal to challenge Covid pandemic laws. More on that here.