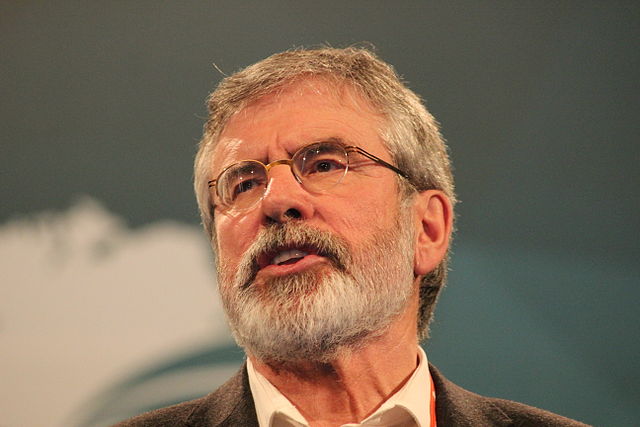 Gerry Adams New Cook Book Has Got An Interesting Title. The former Sinn Fein leader Gerry Adams has plans to publish a cookbook over the next few months. Mr Adams has already penned over 15 books and confirmed the news at a Peile an Phobail event in Belfast last Monday night.

He told the crowd that the culinary tome will be called The Negotiators’ Cookbook and will be out for release in the run-up to Christmas. Mr Adams promised the book will be filled with “some of the best-kept secrets of the Irish peace process”. According to The Irish Times, Mr Adams said,“the British never fed us. They never had any food. But as intrepid republicans and being blessed by one or two great cooks these are the recipes that sustained the Irish negotiating team.

Another of Gerry Adams’ literary offerings was ‘My Little Book of Tweets’ which was published back in 2016. That publication comprises of a collection of his strangest tweets as well as his favourite jokes and selfies. Adam’s present book Never Give Up is a collection of Andersonstown News columns. At the event, he also talked about going into the National Library in Dublin for research adding that, “If you do want to write fiction, you need time for day-dreaming”.

Mr Adams also told the assembled audience that when he was young he avidly read the works of Enid Blyton, Biggles, Roy of the Rovers, the Just William series which are all classics from British literary history – and The Adventures of Tom Sawyer. Meanwhile, reports have been confirmed that Sinn Fein’s Northern Ireland leader Michelle O’Neill has suffered a broken leg. A spokesperson for Sinn Fein confirmed: “Michelle O’Neill suffered a leg break in an accident. She underwent a procedure and is recovering well.” Give peas a chance.