Advertisement
Home Entertainment Get Guitar Lessons In Quarantine From The Doors 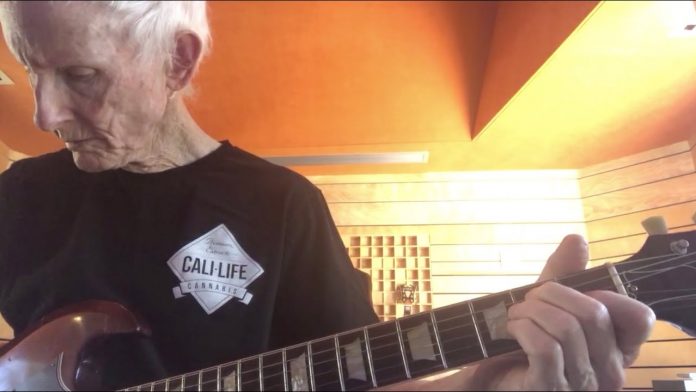 So far, Krieger, who’s now 74, has posted lessons on how to play “People Are Strange,” “Roadhouse Blues,” and “Moonlight Drive.”

On August 24th, Robby Krieger will release his first album in a decade, titled The Ritual Begins At Sundown. The 10-track instrumental jazz set is the followup to Krieger’s 2010 Grammy-nominated collection, Singularity.

Robby Krieger says, he fully embraces his Doors past, “Y’know, at first when I would play alone, I didn’t do any Doors ’cause I’d had albums come out and stuff. But then I used to go see those Doors tribute bands, and boy, were they having fun, and the audience was having fun, and I was, ‘Wait a minute — those are my songs.’ So I started playing them more and more, and we do a lot of Doors stuff now.”