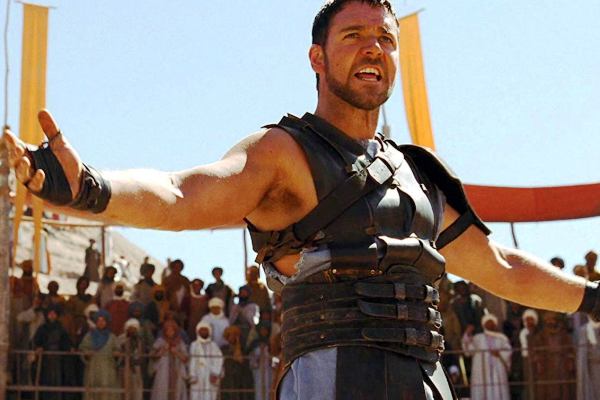 A sequel to Gladiator has long been in the offing but it seems that plans are further advanced now as to what form that sequel may take.

Producers have described as ‘legitimate’ a follow-up to the highly popular and successful original which starred Russell Crowe as the Roman general Maximus in 2000.

Ridley Scott who directed the original is very much in the team behind this new project for which it is also revealed to be set 25 years after the events of the Coliseum.

Last year, it was announced that veteran filmaker Scott was set to direct a follow-up to the historical epic, adapting a script written by Peter Craig whose next film is the Top Gun sequel.

Nothing official is known although Men In Black: International producers Walter F Parke and Laurie MacDonald have now confirmed when the film will be set to HeyUGuys.

This would corroborate earlier reports that the story will focus on Lucius, the son of Lucilla and nephew of Commodus, characters played by Connie Nielsen and Joaquin Phoenix in the original.

Singer Nick Cave once wrote his own time-travel sequel to Gladiator which would have seen the Roman gods resurrect Russell Crowe’s character, Maximus Decimus Meridius, to fight against the persecution of Christians.