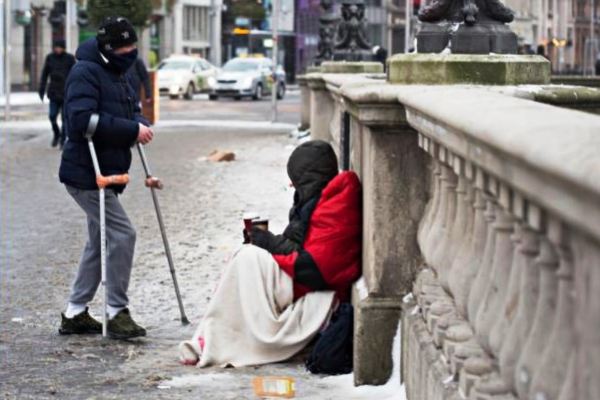 The Department of Housing has again re-categorised some people counted under its homeless figures.

According to the latest statistics, the number of people living in emergency accommodation fell by 94 last month.

9,527 people, including almost 3,700 children, were temporarily living in hotels and B&Bs in August.

The Housing Minister says a number of categorisation errors identified earlier this year have now been corrected.

*Adults associated with these families are included in the 5,834 figure.

The Minister also referred to the Government’s commitment to provide increased supports for rough sleepers, commenting:

“Yesterday I announced the publication of the Housing First Implementation Plan with my colleague, the Minister for Health, Simon Harris, something on which we have been working closely together. The Plan contains ambitious targets to create over 600 Housing First tenancies right across the country. Housing First will support some of our most vulnerable rough sleepers and long-term users of emergency accommodation into housing by providing the appropriate housing and health supports. The Plan is a joint initiative between my Department, the local authorities, the Department of Health and the HSE and represents one of the most significant developments ever undertaken in addressing long-term homelessness”.

The Minister referred to the need to continue to deliver more social housing homes commenting:

“Clearly our continued delivery of social housing is critical to reducing the unacceptable numbers of individuals in emergency accommodation. Under Rebuilding Ireland, we are committed to providing 137,000 housing solutions over the course of Rebuilding Ireland’s 6-year plan. As at end June 2018, 2½ years into the 6 year plan, over 57,000 housing supports had been delivered, including over 12,000 in the first 6 months of this year”.

The Minister also referred to the importance of the HAP Placefinder service to support families in emergency accommodation to identify and secure a tenancy in the private-rented market.

“Data provided me by the DRHE shows that 238 families presented to homeless services in the Dublin region in August, a reduction on the 252 presentations in July. Of these 238 families, 114 were prevented from entering emergency accommodation by the HAP Placefinder service. However, for the same period, only 43 families left emergency accommodation to a HAP tenancy and we need to increase this number. I recently wrote to the Chief Executives of the four Dublin local authorities on the need for increased action in this area and I know that improving the level of exits from emergency accommodation is something that they will be working hard to address, building on the progress made in the first half of the year when, nationally, 2,332 adults exited emergency accommodation, up 13% on the first half of 2017. The Minister continued “The challenges we face to resolve homelessness are complex. Earlier this month, the Chief Executive of Dublin City Council informed me that data available to the DRHE suggests that approximately 33% of family households presenting as homeless and 42% of rough sleepers have no entitlement to avail of housing supports. If such a high proportion of families presenting are not eligible for housing supports, there is no prospect of moving them from emergency accommodation. I recently wrote to the Minister for Justice and Equality on this matter and we will be meeting shortly to explore further the issues involved”.

Firearms And Ammunition Found During Searches In Dublin