The miracle of childbirth was expressed in the most unlikely of scenarios and situations yesterday afternoon.

A woman gave birth on the Galway – Dublin train service while assisted by a doctor a pair of willing nurses as well as Irish Rail staff on board.

The baby girl was born en route the 15.05 service from Ceannt Station in Galway while the train waited at Kildare Station.

When the woman went into labour the driver of the train contacted central hub to engage with emergency services.

It was then that the GP and nurses made themselves known to rail staff who then in turn provided great support for the distressed woman and ultimately the newborn baby.

Staff helped also to protect the woman’s privacy as she gave birth to her daughter in between two train carriages.

The baby was born as emergency personal arrived, who then in turn helped both mother and child to hospital. Despite the turn of events, both are said to be doing well. 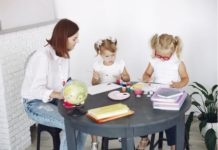