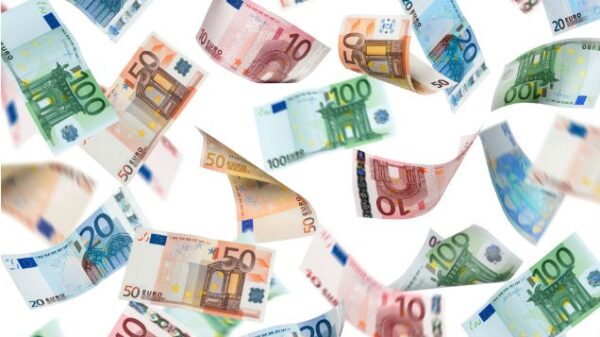 It was the Halloween from heaven for three players from Counties Monaghan, Donegal and Cork who celebrated a Happy Hallo’win’ after collecting €363,294 on Lotto and Scratch Cards.

The first winner through the door was a pensioner from Co Monaghan who was thrilled to claim her Lotto Plus 2 prize of €250,000 from the Lotto draw on Wednesday 25thOctober.

The cool and collected customer bought her winning ticket in Supervalu on Fermanagh Street in Clones.

Accompanied by her friend of 20 years, the delighted winner revealed she has not yet shared news of her win with anybody else!  She watched the draw live and knew straight away that she had won but waited until the next morning to pick up the phone to tell her friend.

Her pal said: “This could not have happened to a better person.  I’m thrilled for her and thankful to her for letting me travel up today. I saw the day after the draw that there was a winner in Monaghan, and my first thoughts was it her! Ten minutes later my phone rang and it was! The first thing we talk about when we meet up is the Lotto and if we have had luck.”

The second lucky player into the Winner’s Room was a mum from Donegal who travelled to Dublin with her husband and son to collect the tidy sum of €63,294 after matching five numbers plus the Bonus on last Saturday’s Lotto draw (28th October)..

This thrilled winner, in her fifties,  bought her ticket in a Supervalu store in the Glebe in Co. Donegal.

She revealed that she abandoned choosing family birthdays for her Lotto numbers a year ago. “I switched to Quick Picks and that seems to have done the trick with this win!”  She plans to use the funds towards some home improvements.

The third winner in the doors for a Hallowe’en treat was a lady in her sixties from Cork who travelled with her sister to claim €50,000 won on an All Cash Congratulations Scratch Card bought in Herlihy’s Centra on Oliver Plunkett Street in Co. Cork.

“I have been hearing in the news that there have been a lot of lottery and EuroMillions wins in Cork but you never actually thought I would get lucky. I still cannot believe it and while I am not sure what I am going to buy with the money, I am definitely going to treat myself to something special.”

Want to get in on the winning feeling? Well tomorrow night’s Lotto jackpot is heading for €2.5 million (Wednesday 1st November) so play in store, online at lottery.ie or through the National Lottery App by 7:45pm on Wednesday evening for your chance to win.

Only 55% of Irish People Would Take A Coronavirus Vaccine