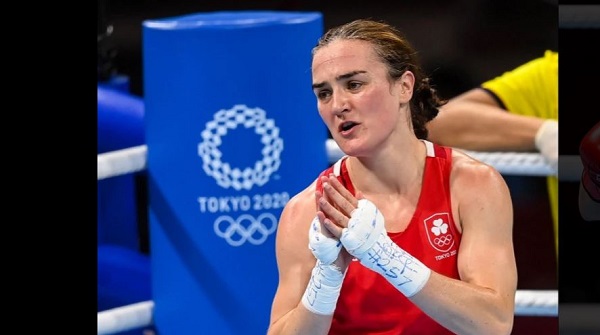 Her agent, David McHugh said this as well as stating that Harrington has not made a decision on her future yet. He said that the 31 year old is spending some well earned time with her family following her Olympic success.

He said that Kellie’s feet “havent even touched the ground yet”.

“A lot of interest” in Harrington

Mr McHugh has also said that there has been huge interest show in arranging interviews with Harrington since her triumph in Tokyo.

“We obviously have had a lot of interest, particularly from the media sectors and some strong interest in the commercial space, and we’ll just take our time now over the next week or so and filter through everything”, he said.

“We will sit down with Kellie and let her lead this in terms of what she wants and what would work, with time being her most valuable commodity”, he added. “We’ll see how to balance it with her performance lifestyle and where she wants to go beyond that”.

“There’s huge public interest at the moment and ultimately it’ll come down to what the athletes want and how they want to spend their time”.

Kellie Harrington became the first Irish female boxer to claim gold since Katie Taylor in 2012, by beating Brazil’s Beatriz Ferreira in the final this month.

The Dubliner also received a well deserved homecoming when she arrived in Ireland last week.

On this, Harrington said, “It’s so nice to finally be home and I’m delighted to be bringing the gold back to the north inner city! Winning the gold is a huge honour and I’m so grateful for all the support from my family, my local community and my country. I’m looking forward to seeing you all again to thank you for the immense support and many kind wishes you’ve sent my way throughout my Olympic journey – I couldn’t have done it without you”.