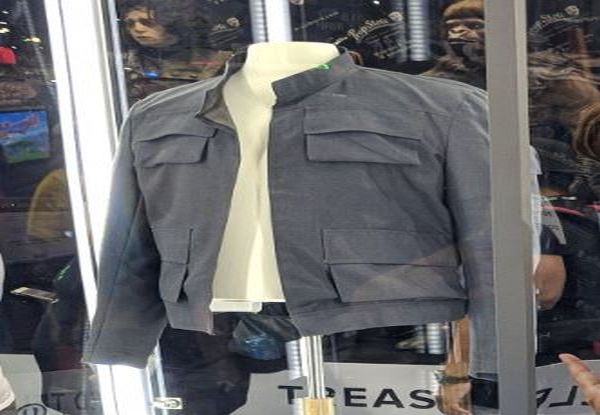 Hans Solo’s jacket that was worn by actor Harrison Ford in the Star Wars film The Empire Strikes Back is predicted to fetch up to £1million when it goes under the hammer. That’s for a charity auction being held in London this September with all proceeds being donated to the NSPCC.

According to The Express, the auction of rare blockbuster film memorabilia includes Marty McFly’s hoverboard from Back To The Future Part II and the farewell note Rose wrote for her cruel fiancé in Titanic.

Among the 600 lots to be sold by the Prop Store on September 20th will be a Stormtrooper helmet from the first Star Wars movie, A New Hope, which is anticipated to fetch up to £60,000. There’s also a similar helmet from the film The Last Jedi, which could go under the hammer for £50,000.

Prop Store is pleased to announce our record-breaking Entertainment Memorabilia Live Auction is back! Register to bid now or watch the even unfold live on 20th September: https://t.co/B94H0BOVwL #PropStoreLiveAuction pic.twitter.com/3nFS5zLJVA

Anakin Skywalker’s lightsaber wielded by actor Hayden Christensen’s in The Revenge Of The Sith is expected to draw bids of up to £100,000. More memorabilia comes from Harrison Ford in the form of Indiana Jones’ bullwhip used in The Temple Of Doom which is estimated to sell for up to £70,000. Meanwhile, his fedora hat from The Raiders Of The Lost Art is valued to go for between £200,000 and £300,000.

The costume worn by Johnny Depp in Edward Scissorhands will also go under the hammer, where it will likely fetch up to £80,000 and the robe adorned by Brad Pitt as Tyler Durden in Fight Club is expected to fetch up to £15,000.

Pandemic Movie Release ‘Tenet’ Raking It In At The Box Office