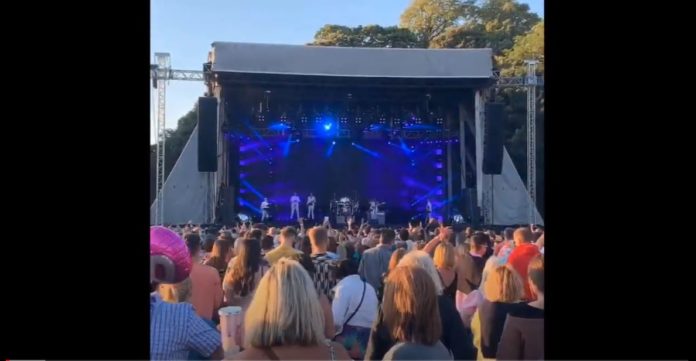 The Welsh Government have confirmed that live music events can finally return to the country.

Concerts can return again, with a maximaum of 6 people from 6 households allowed to attend. Ventilation guidelines must be followed and one way systems must also be used.

These live gigs include an outdoor Feeder concert at Tredegar Park in Newport on July 9. Others concerts will also include a live performance from Foals at Cardiff Castle on August 12.

Risk assesments will also need to be carried out on the venues in accordance with performing and hospitality guidelines.

This comes as restaurants and theatres were allowed to reopen earlier this month in the country. The change does not include nightclubs however.

This also comes after it was confirmed that “no detectable spread” of Covid-19 was found at any of the pilot events that took place in Liverpool over the last few weeks. More on that here.

“The biggest shocks to our sense of well-being”

Speaking to the BBC, a spokesperson for the Welsh Government said that the closure of venues due to the pandemic has been “the biggest shocks to our sense of well-being and the arts economy”.

“We will continue to support our music and arts sectors in Wales through our cultural recovery, freelancer and economic resilience funds”, he added.

The Welsh Government had received calls from the Music Venue Trust to set a date for the reopening of live music events.

The trust had submitted an open letter asking the government to clarify when live entertainment can return in the country.

Here’s how you can donate to the Save Our Venues programme set up by the trust.

Meanwhile in Ireland, trial events are to take place across the country in June and July. It is expected that the public health advice are to reccomend no more that 5,000 attendees at these events.