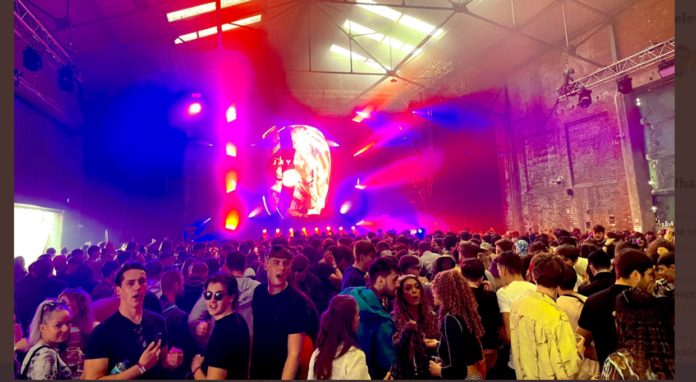 Research has confirmed that no “detectable spread” of Covid-19 was found at the trial events held at Liverpool recently.

These events took place as part of the UK’s Events Research Programme. The purpose of these trial events was to test Covid-19 transmission in large crowds.

More than 13,000 people attended two nightclub events, a music festival and a business conference at the end of April/start of May.

In total, 11 people tested positive for Covid-19 following these events. Although, less than half of attendees sent back a PCR test to labs after the event.

This also comes after zero cases were reported from the 4,000 people who attended this year’s Brit Awards. Cultural Secretary Oliver Dowden called this a “real success”.

The first of these events took place over the May Bank Holiday weekend. These events also saw live performances from artists like Fatboy Slim. Slim along with Blossoms, performed in front of a non socially distant crowd.

Just 15 people tested positive from this event. Initial data showed that attending events without wearing a mask or being socially distant carries the same risk as going to a restaurant or shopping centre.

People were encouraged to take a PCR and lateral flow test on the day of the event. They also were asked to take them five days after the events.

The events also saw five people unable to attend, after they tested positive. Four people were identified as positive cases at an event  The remaining seven tested positive for Covid-19 between four to seven days after the event.

Nine of the eleven people who tested positive afterwards had attended the club events, while the other two people attended Blossoms’ performance at Sefton Park.

Organisers have said that “Moshing is allowed” when fans attend the Download Festival at Donington Park from June 18-20.

Along with Liverpool, Ireland could see pilot events arriving as Minister for Tourism Catherine Martin has said that there is a strong possibility of crowds returning for live pilot music events next month.

I’m not going to give you the number of events, but I can tell you they’ll be across all genres, from classical music to smaller venues, to outdoor, to indoor, to comedy, to theatre”, she said.

She also added, “Similarly with sport, Minister (Jack) Chambers and I are working on events there right now”, she said. “I would like to see some of these events in June, so it will be June and July, the sooner the better for me”.