Katie Hopkins has been banned from Twitter for breaking the site’s rules on “abuse and hateful conduct“.

The right-wing political commentator has previously caused controversy with her views on issues including race, religion, obesity, tattoos, migrants and terrorism.

Ms Hopkins, who has been repeatedly retweeted by US president Donald Trump, gained more than 1.1 million followers on the site before her suspension.

The outspoken polemicist’s account has been taken down after a petition was begun by social media users to remove her from the site.

Over 75,000 people signed the Change.Org petition to get the one time Apprentice star’s account suspended. 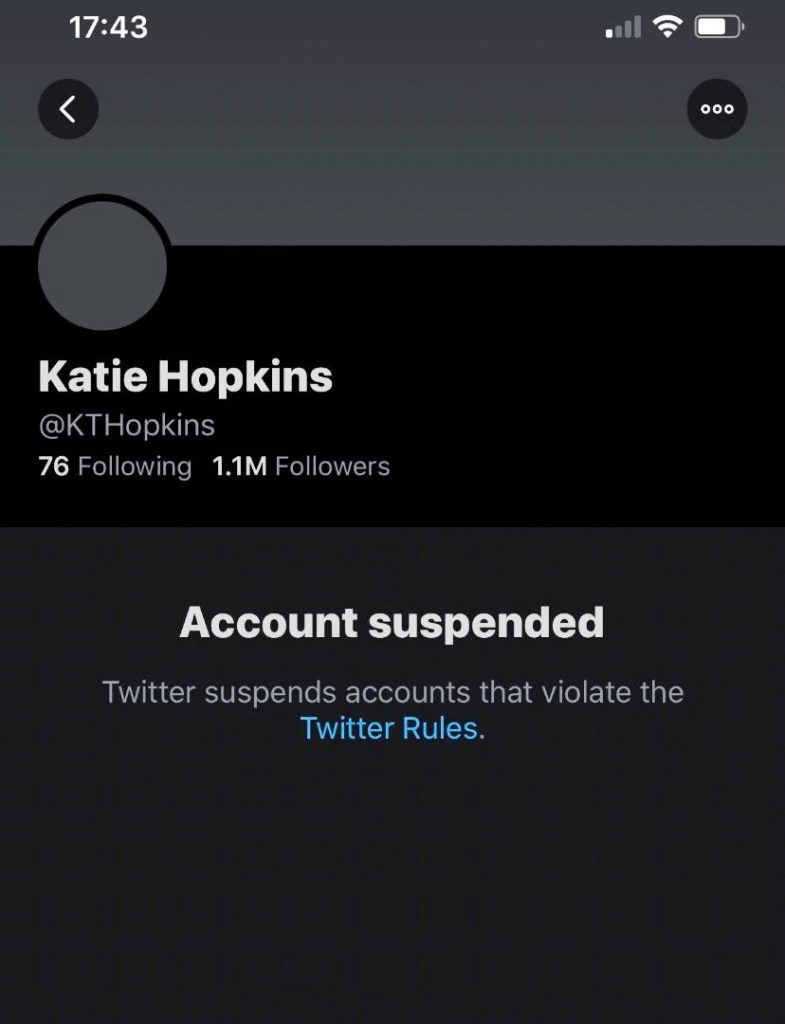