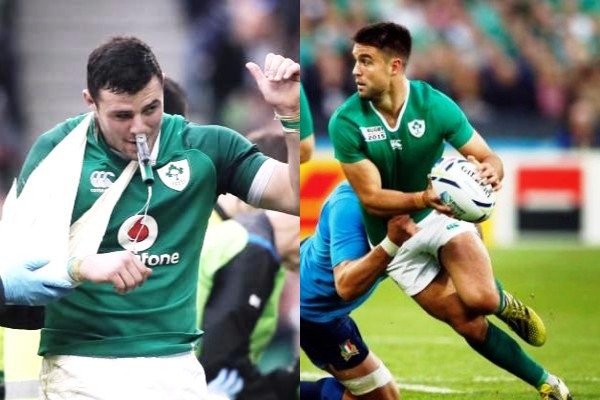 Ireland coach Joe Schmidt has named an Ireland team with two changes from the famous win over New Zealand for the opening defense of their Six Nations crown for the visit of England at the Aviva Stadium in Saturday’s Guinness Six Nations Championship opener.

Captain Rory Best is joined in the front row by Cian Healy and Tadhg Furlong.

Devin Toner and James Ryan are selected at lock with Peter O’Mahony, Josh van der Flier and CJ Stander named in the backrow.

Conor Murray and Johnny Sexton are re-united at half-back for the first time since last summer’s tour of Australia with Bundee Aki and Garry Ringrose lining out in the midfield.

Robbie Henshaw is named at fullback with Keith Earls and Jacob Stockdale on the wings.

England captain Owen Farrell has won his race to be fit for the visitors.

The Saracens out-half had been a doubt after undergoing thumb surgery earlier this week.

Manu Tuilagi starts in the centre for the first time since 2014.