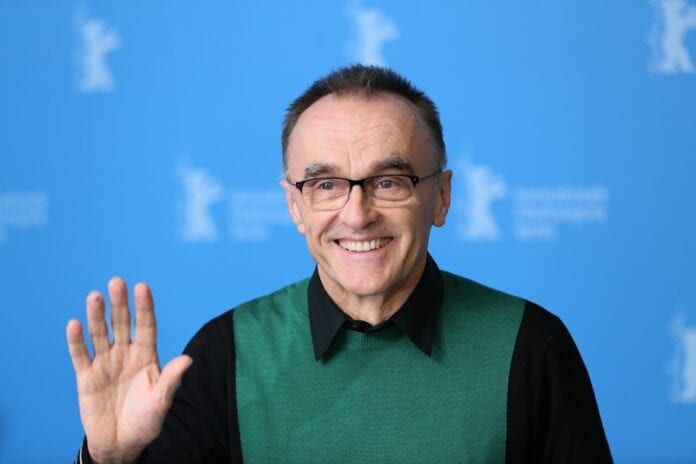 The first images from Danny Boyle’s Sex Pistols biopic series have been released.

The new series entitled ‘Pistol‘ will begin filming on March 7 and no official release date for the six part series has been announced but it is expected to air in 2022.

‘Pistol’ is based on guitarist Steve Jones’ 2018 memoir Lonely Boy: Tales from a Sex Pistol and was commissioned by FX.

The new production has a stellar cast including Game of Thrones’ Maisie Williams, who will play punk icon Jordan (aka Pamela Rooke), and Babyteeth‘s Toby Wallace as Jones.

In the first images released from the series which you can see below, Wallace appears to be an uncanny fit as Jones, alongside Anson Boon as Johnny Rotten, Louis Partridge as Sid Vicious and Jacob Slater as drummer Paul Cook.

It has also been confirmed that Thomas Brodie-Sangster will star as the legendary Sex Pistols manager Malcolm McLaren and Talulah Riley will take on the role of fashion designer Vivienne Westwood.

Also included in the cast is Iris Law as punk icon Soo Catwoman. Dylan Llewellyn from Derry Girls has been cast as Wally Nightingale.

Danny Boyle will serve as director and executive producer previously described the Sex Pistols breakthrough as “the moment that British society and culture changed forever.”

“Imagine breaking into the world of The Crown and Downton Abbey with your mates and screaming your songs and your fury at all they represent. This is the moment that British society and culture changed forever.”

“It is the detonation point for British street culture… where ordinary young people had the stage and vented their fury and their fashion… and everyone had to watch & listen…and everyone feared them or followed them. The Sex Pistols.”

“At its centre was a young charming illiterate kleptomaniac – a hero for the times – Steve Jones, who became in his own words, the 94th greatest guitarist of all time. This is how he got there.”

The new series promises to be an insightful and interesting look into the Sex Pistols, one of the biggest punk bands of all time.

Have You Got The Mid-Week Blues? Nova Has You Covered!