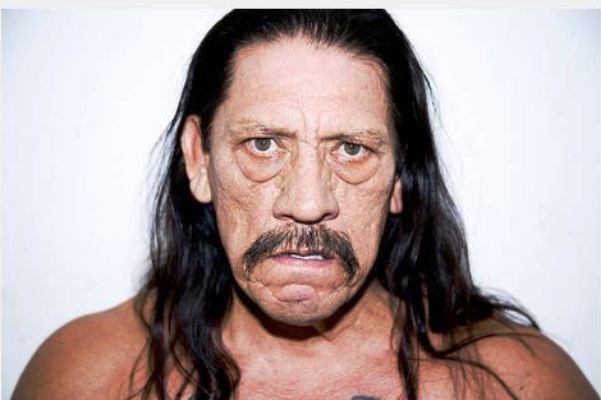 Hollywood hard-man character actor Danny Trejo, jumped into action in real life yesterday in Los Angeles to save a baby trapped in an overturned car.

The veteran actor who featured in Once Upon A Time In Mexico and Machete to name but a few. witnessed a two car crash where one of the cars flipped over.

The overturned car on its roof had a baby inside trapped in its car seat.

Trejo told reporters that he tried crawling into the car through a window that was broken but couldn’t unhook the seatbelt.

A bystander named Monica Jackson, lended a helping hand too and they were able to free the child together.

Trejo told a photographer who was present on the scene that “The only thing that saved the little kid was his car seat,”

Not only is @officialDannyT (Danny Trejo) one of the nicest actors, he’s also a #hero!

He was right behind a crash in Sylmar and pulled a special needs baby out of an overturned car. He distracted the boy until grandma was OK. ♥️ —> https://t.co/tS2Za4bZVZ@ABC7 pic.twitter.com/U9iLzAkHkA