Advertisement
Home Fun Stuff How Many Elastic Bands Does It Take to Explode a Watermelon?

An internet comedian, who goes by Dakidd Hilarious, has conducted an experiment to determine the number of elastics needed to explode a watermelon.

Decked out in the standard research equipment of a thin layer of chalk, track pants, and swimming goggles, Dakidd Hilarious works away steadily in a lab equipped with a giant melon and a seemingly infinite supply of rubber bands.

Although the video begins with him already counting into the 600s, Dakidd works steadily for nearly 18 more minutes. He doesn’t waver, just continues at his task with determination.

The watermelon visibly begins to pinch in the middle as the clip goes on. “It’s choking,” the technician notes for posterity before reminding viewers that they can win $25 for guessing the magic number.

At long last, after 943 bands have been applied, the watermelon cracks open like some horrible alien egg and then blows up entirely, knocking Dakidd backward off the chair he’d just sat down on. 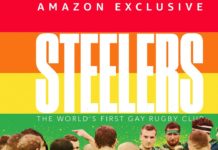 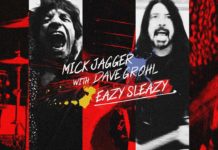 Danny Bonaduce Is Adding Value To His Albums In a Unique...