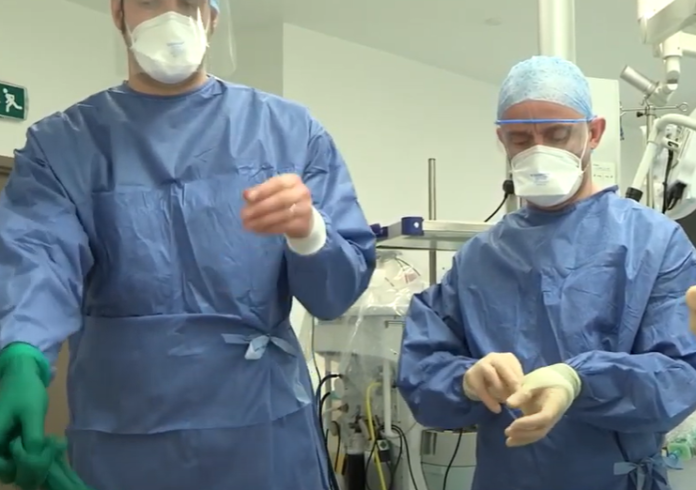 PPE was purchased from vets, hardware shops, a phone accessory shop and a bin bag company by the HSE. It was revealed they were forced to panic buy during the first outbreak of Covid-19 in Ireland.

Several intruiging revelations were made: Companies in China qualdrupled the price of facemasks overnight to cash in on the demand. The HSE spent €257 million on Chinese PPE, some of which turned out to be faulty. The HSE battled with 100 companies to buy PPE in the early stages of the Pandemic. The demand for products like masks, aprons and gloves reached an all-time high.

The most costly part of Ireland’s spending on PPE was the €194.7 million spent to buy facemasks.

During the first wave of Covid-19, funeral suppliers DJ MacNiece received a call from the HSE to buy their entire supply of PPE.

“It was pretty much asking for a rough stock take of what what we had in the line of body bags, PPE and everything like that because we’re funeral suppliers. They pretty much comandeered all of the stock” said Elliot Beardshall the company’s manager.

“On the Monday, we had everything on 13 pallets on a truck gone to Dublin. We turned it around over the weekend for them”.

He added “They said to us that we’re putting on the green jersey like, so we wanted to do it. It was one of those things where we had to make a decision over the weekend. We said we’d go with it.

Over €89,000 was paid to the company for their entire PPE stock.

Abracabrasives also received a call from the HSE at the start of the Pandemic about buying facemasks. They sold €8,000 worth of PPE to the HSE.

Wind Warning For Dublin With 110k Gusts In Parts Of Ireland

Gardai And Army Drafted In To Tackle Dublin Drug Gangs