Home Sport Ireland Gear Up For 6 Nations Clash With France 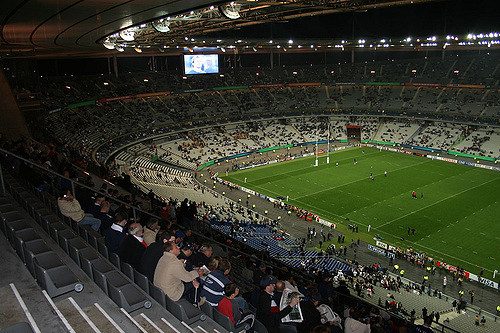 Ireland open their 2018 Six Nations campaign today with a trip to France.

The boys in green will be looking to record their first win in Paris since 2014, when the sides meet at 4:45pm Irish time at the Stade de France. Head coach Joe Schmidt has included three six nations debutants for the clash – with Jacob Stockdale, Bundee Aki and James Ryan named to start.

Ireland have secured two wins in France since 1972. That was in 2000 as well as 2014 but on each occasion it was only won by two points. For the last three visits here, there has been a draw, a two-point win and a one-point defeat.

Irish captain Rory Best had this to say of the clash,

‘The big thing is how they (France) play as a team. When you look at the team and you look at the caps column, there is a good team but still a lot of inexperience. It’s how that all combines. For us being first up, we can’t really predict that. All we can do is plan the best we can for what we feel they’re going to deliver and that we look to the individuals. The thing we pride ourselves on is making sure we have our detail nailed on and that we look at the opposition. We’ve done that and between now and kick-off we’ll have done that’

Wales host Scotland in the first game of the competition from 2:15. At 3, defending champions England go to Italy. Ireland’s women’s side open their 2018 Six Nations account against France this evening. They kick off against the 2016 champions at 8 o’clock in Toulouse.

Liverpool Up Their Bid For Brazilian Goalkeeper Alisson