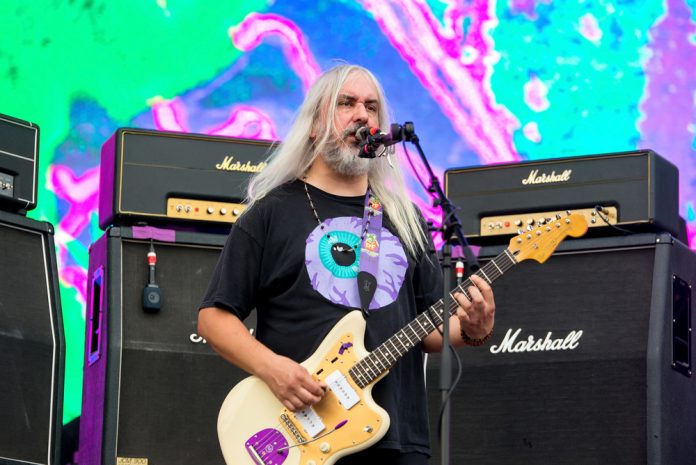 ‘The Music of Led Zeppelin,’ took place at Carnegie Hall on Wednesday 7th of March and J Mascis chose to cover ‘Tangerine’. You can watch the video below.

It’s the latest in a long-running series of tribute concerts organized by Michael Dorf. The series benefits music education for underprivileged youth while celebrating the oeuvre of a legendary artist. This year Dorf chose to honour Led Zeppelin.

On the bill were the ’60s psychedelic-pop group the Zombies, the ’80s funk-metal act Living Colour, O.A.R, Brian Wheat of Tesla (remember Tesla?) and many others. Most notably slacker extraordinaire ’90s indie-rock icon J. Mascis of the band Dinosaur Jr attended the event.

However, on Tues night in the run up to the main event, most of the lineup assembled for a rehearsal concert at the smaller New York venue City Winery. J Mascis was on hand to break out a cover of Zep’s ‘Tangerine.’ It’s pretty special, Mascis applies his own slant of guitar wizardry to the song, watch his performance below.

J Mascis is no stranger to the odd cover now and again. Dinosaur Jr famously covered The Cure’s ‘Just like heaven’ is his own inimitable style. Offering a very different interpretation of the classic tune.

The Classic Album at Midnight – Foo Fighters’ The Colour and...