Home News Jono Coleman: Just A Joy To Work With 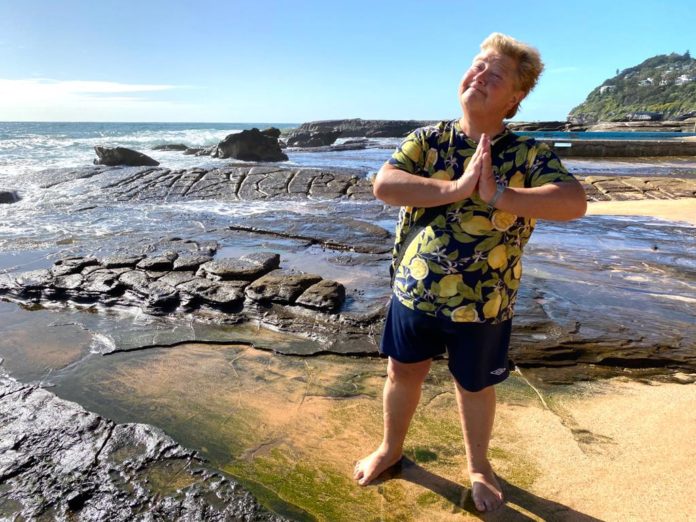 Tributes have been paid to radio and television presenter Jonathan “Jono” Coleman who has died with prostate cancer.

The 65-year-old passed away peacefully on Friday with his wife and two children by his side, his family said.

Coleman, who was born in London and had a successful broadcasting career in both the UK and Australia, was best known to Irish audiences for appearing in “Celebrity Fit Club” where he lost six stone and won the competition raising thousands for charity.

“Jono and I have been soulmates for close to 40 years. We have been fortunate to live a rich and wonderful life and I have been lucky enough to watch up-close someone with enormous talent and the special gift to make people laugh. When I asked Jono recently how he wanted to be remembered, he said, ‘For doing a good deed every day.’ Such was the generosity and caring nature of the love of my life,” said Margot Coleman, Jono’s wife.

In 2016 Jono visited Radio Nova to jokingly apply for a presenter role being vacated by a pregnant Dee Woods and shared many of his showbiz stories.

One day Jono attended an Elton John press conference in Sydney. The famous singer had just purchased the British football team Watford, who are known as the Bees. Coleman showed up in a bee suit, and Elton was so impressed, he granted Coleman a rare one-on-one interview.

Earlier in his career, Jono turned down a role on Ramsay Street, because he believed the show “Neighbours” would never become a hit. Funnily enough he went on to appear on rival soap Home and Away.

I was lucky enough to serve as Executive Producer of “The Jono & Dano Radio Show” in Australia. The short time I spent working with Jono was some of the craziest and happiest of my career. We took the show and listeners to New Zealand for the Rugby World Cup, broadcasting from a boat in the Tasman Sea. We went to London for the Royal Wedding of Prince William & Kate and also spent a week in Hollywood star spotting and broadcasting back down under with a host of big names. There wasn’t a day Jono didn’t make me laugh and his approach to broadcasting was simple: make everyone smile.

Australian film star Russell Crowe paid tribute to the DJ as “a lovely man”. Replying to Jono’s son Oscar Coleman’s tweet, the Gladiator actor said: “Hey Oscar, I’m really sorry to hear this news. Your dad was a lovely man. It must be an awful time for you right now. My deepest condolences.”

BBC Radio London also paid tribute to their former colleague, tweeting: “We are so sad at the news that our former colleague Jono Coleman has died from cancer at the age of 65. Our thoughts are with Jono’s wife Margot and his children today.”

The presenter’s family said they would “find the time to bring together all those close to him to celebrate his life when circumstances permit”.

They asked that people consider donating to the Garvan Institute of Medical Research or the Movember Foundation in place of flowers.

Launch Date For Demonstration Against Homelessness

WHO Chief Gets Tough With China And Calls For Further Lab...