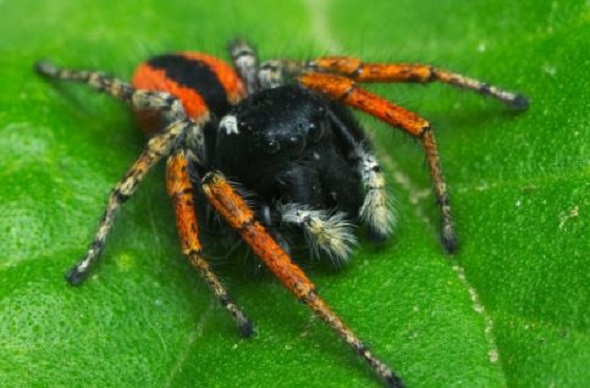 A jumping spider, that’s not native to Ireland, has been discovered on a bush in Dublin.

It’s is a type of jumping spider, just around a centimetre long, that’s normally seen in the southern half of Europe, the US and Asia.

But it’s been spotted sitting on a bush in a garden in Monkstown. The red bellied creature most likely made its way here in a shipping container or on a plant.

With warming temperatures the spiders are moving north and showing up in the UK. Anyone who spots the spider is being asked to take a picture and let experts know.