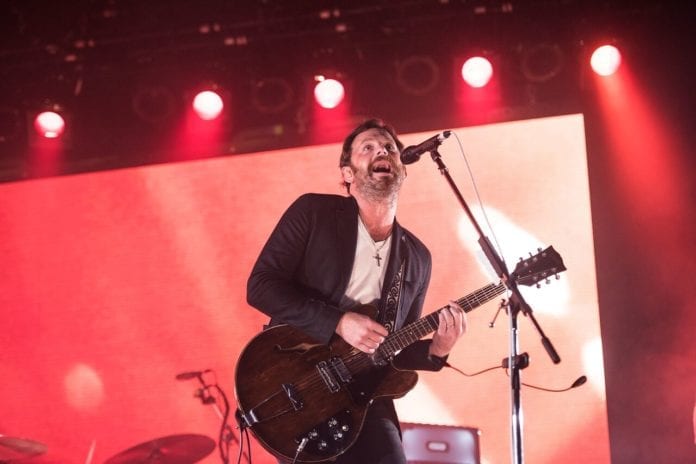 If you were one of many who got to see Kings of Leon over the weekend, we’re sure you had an amazing night! Rave reviews are circling the airwaves and newspapers from critics and fans who attended the gigs held in the 3Arena. Our very own Marty from the Morning Glory team was there to experience the show first-hand on Saturday’s opening night.

“It was an outstanding show from the word go. The music, crowd, light and sound made it an incredible show. The crowd was in fine singing form too when front-man Caleb Followill announced that he is in fact a quarter Irish. An eruption of ‘Olé, Olé, Olé’ chants filled the huge 3Arena.”

The band will be happy to see the rave reviews from numerous sources such as:

“Kings of Leon have evolved into seasoned pros and one hell of a live band” Entertainment.ie

The band’s incredible new Walls show features a set list packed with new material and their greatest hits including:

Over, The Bucket, Mary, Eyes on You, Manhattan, King of the Rodeo, Around the World, Notion, Fans,  Use Somebody, The Runner, Comeback Story, WALLS, Find Me, On Call , Radioactive, Family Tree, Molly’s Chambers, Reverend, Milk, Pickup Truck, Pyro, Cold Desert, Crawl, Supersoaker, Sex on Fire, Waste a Moment.

Since their debut in 2003, Kings of Leon (Caleb (guitar/vocals), Nathan (drums), Jared (bass) and Matthew Followill (guitar)) have released seven LPs and have sold over 18 million albums and over 24 million singles worldwide. They have toured all over the world, including sold out shows at Ireland’s Slane Castle & Marlay Park.

Very special guests on the night are Colorado’s Nathaniel Rateliff & The Night Sweats, who also joined the band on the previous two shows in Dublin.

Nathaniel Rateliff & The Night Sweats’ self-titled debut album was released in 2015. Their new EP “A Little Something More From” is available now.

The band will play their third and final show at the 3arena Dublin tomorrow, Tuesday 4th July. You’ll be delighted to hear that a limited number of extra production hold tickets have been released for this final show!

Tickets are €85.50 including booking and facility fees and are on sale at Ticketmaster.ie and all Ticketmaster outlets nationwide.

Today In Music History – May 11th