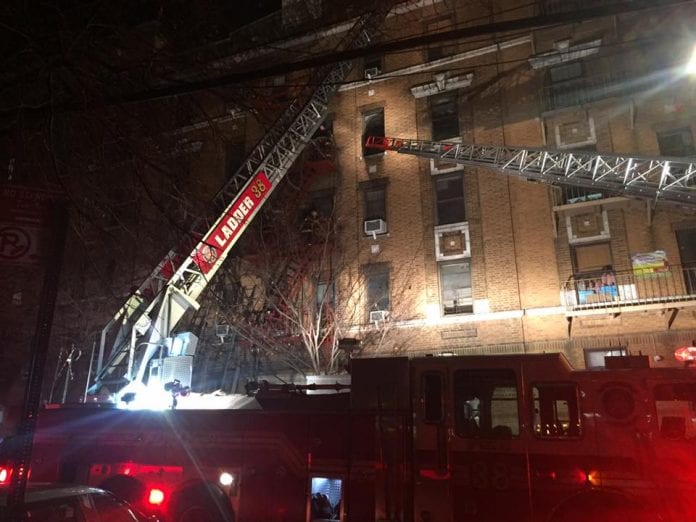 At least 12 people – including a one-year-old baby – have died after a fire broke out in an apartment block in the Bronx area of New York.

Four other people have been critically injured.

More than 170 firefighters were called last night – but the fire has now been extinguished.

Mayor of the city, Bill de Blasio  described it as an ‘unspeakable tragedy’ and the ‘worst fire in several decades’.

BREAKING: At least 12 people have died, 4 are critically injured after massive apartment fire in the Bronx, NYC officials say. "This tragedy is without question historic in its magnitude." https://t.co/tePO1cKcYk pic.twitter.com/OtOQc5l9h3

FDNY Commissioner Daniel A. Nigro said: “In a Department that’s certainly no stranger to tragedy, we’re shocked at this loss. The fire started on the first floor and quickly spread upstairs.”

He added that: “People died on various floors, they range in ages from one to over 50.”

“This tragedy is, without question, historic in its magnitude. Our hearts go out to every family who lost a loved one here and everyone fighting for their lives.”

The cause of the fire is currently under investigation.