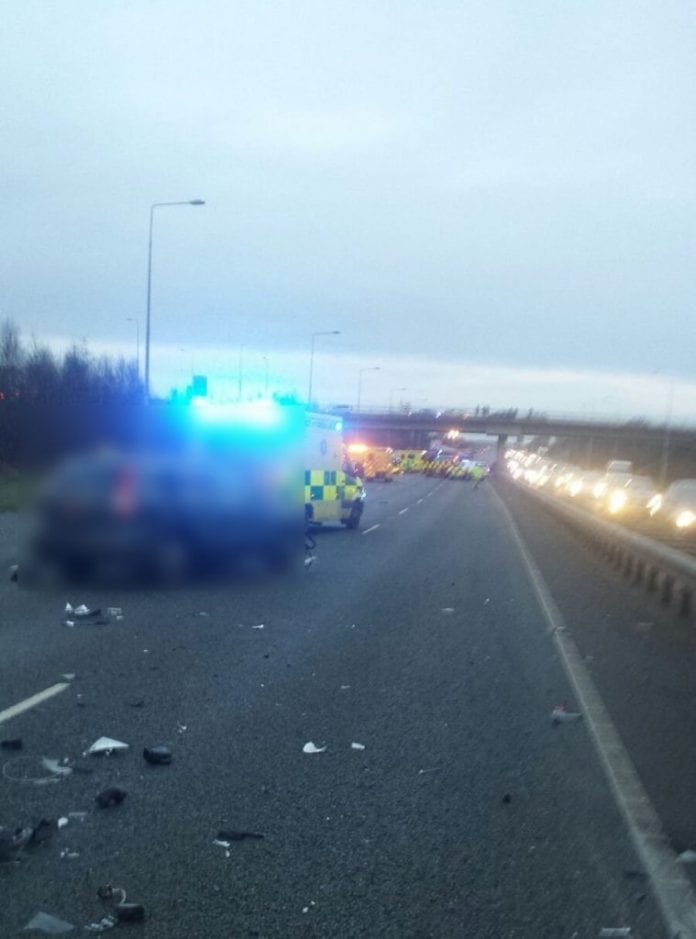 A young man remains in a serious condition in hospital this morning following a crash in County Kildare yesterday.

While three teenagers also remain in custody after being arrested by Gardaí investigating an attempted burglary in relation to the incident.

The incident began when a special anti-burglary patrol intercepted a car travelling on the Naas Road, while investigating reports of a robbery in nearby Athy.

The car stopped briefly before accelerating and colliding with another vehicle at the Johnstown junction (8) on the N7.

A youth was injured and taken to Tallaght Hospital where his condition is described as serious while three others, who are also believed to be in their teens were arrested during follow up searches near the crash site and taken to Naas Garda Station for questioning under section 4 of the Criminal Justice Act.

The driver and sole occupant of the second car was taken to Naas Hospital with minor injuries.

The incident caused traffic chaos for many commuters on Thursday, December 28th.

#KILDARE #M7 Heavy delays n/bound from after J11 M9 to J8 Johnstown due to collision.

Local diversion in place via the J8 slip roads.https://t.co/PSzIBsvOzE

Investigations are ongoing and GSOC is also reviewing the incident.