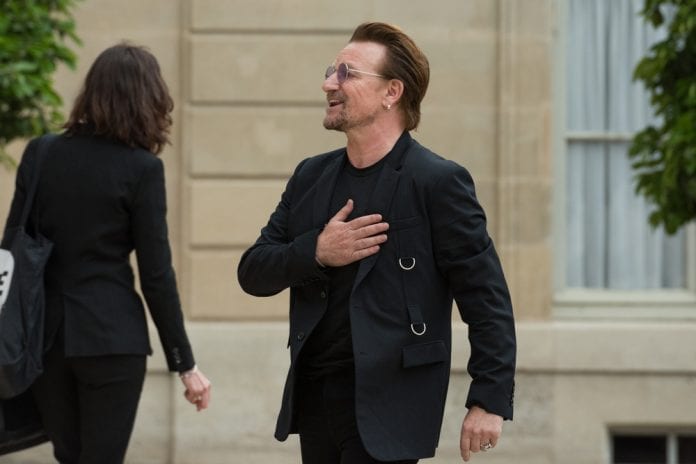 In an interview with Rolling Stone the U2 frontman has revealed he had a fatal health scare in 2017. Bono opened up about his desire to keep the issue relatively private.

“People have these extinction events in their lives; it could be psychological or it could be physical. And, yes, it was physical for me, but I think I have spared myself all that soap opera,” Bono said. “Especially with this kind of celebrity obsession with the minutiae of peoples’ lives—I have got out of that. I want to speak about the issue in a way that lets people fill in the blanks of what they have been through, you know?”

“It’s one thing if you were talking about it in a place of record like Rolling Stone, but by the time it gets to your local tabloid it is just awful. It becomes the question that everyone is asking,” the U2 star explained.

The singer elaborated on his situation and put it into a context when considering those who’ve had similar experiences but of lesser means financially.

“People have had so much worse to deal with, so that is another reason not to talk about it,” he opined. “You demean all the people who, you know, never made it through that or couldn’t get health care!”

Bono also revealed his health status had was a major influence on the band’s most recent album, Songs of Experience.

“Strangely enough, mortality was going to be a subject anyway just because it is a subject not often covered,” Bono said. “And you can’t write Songs of Experience without writing about that. And I’ve had a couple of these shocks to the system, let’s call them, in my life.”