Home Classic Albums You Can Listen To David Bowie’s ‘Aladdin Sane’ From Midnight Tonight On... 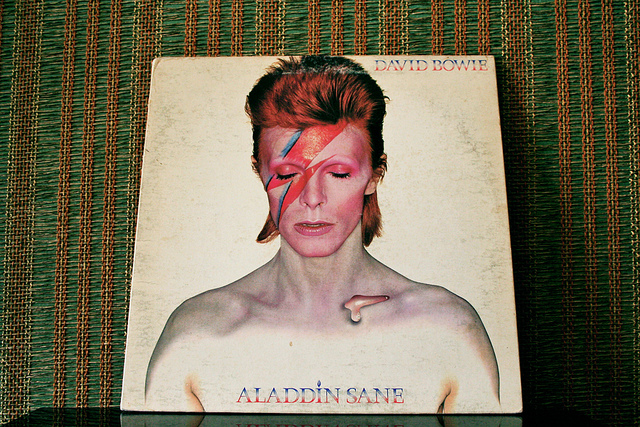 Aladdin Sane is the sixth studio album from David Bowie and it was released on the 13th of April 1973. The album is now seen as a major force in the formation of Glam Rock which was prevalent during the 70’s.

Ziggy Stardust wrote the blueprint for David Bowie’s hard-rocking glam, and Aladdin Sane essentially follows the pattern, for both better and worse. A lighter affair than Ziggy Stardust, Aladdin Sane  is actually a stranger album than its predecessor, buoyed by bizarre lounge-jazz flourishes from pianist Mick Garson and a handful of winding, vaguely experimental songs.

Bowie abandons his futuristic obsessions to concentrate on the detached cool of New York and London hipsters, as on the compressed rockers ‘Watch That Man’, ‘Cracked Actor’, and ‘The Jean Genie’. Bowie follows the hard stuff with the jazzy, dissonant sprawls of ‘Lady Grinning Soul,” “Aladdin Sane,” and “Time,” all of which manage to be both campy and avant-garde simultaneously.

The sweepingly cinematic ‘Drive-In Saturday’ is a soaring fusion of sci-fi doo wop and melodramatic teenage glam. He lets his paranoia slip through in the clenched rhythms of ‘Panic in Detroit’, as well as on his oddly clueless cover of ‘Let’s Spend the Night Together’. For all the pleasures on Aladdin Sane, there’s no distinctive sound or theme to make the album cohesive; it’s Bowie riding the wake of Ziggy Stardust, which means there’s a wealth of classic material here, but not enough focus to make the album itself a classic.

8. Let’s Spend The Night Together

Meatloaf: Bat Out of Hell