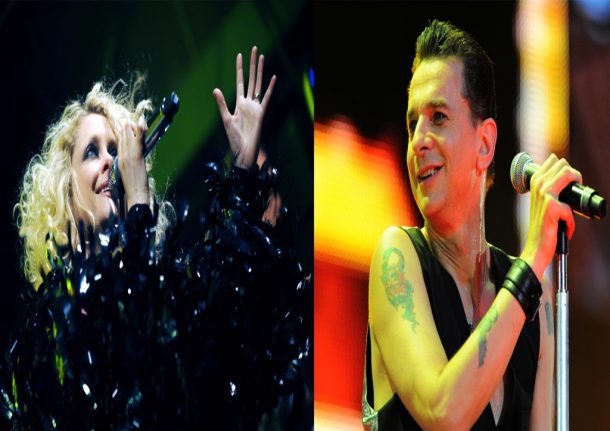 Goldfrapp have shared a reworking of the track ‘Ocean’ which features Depeche Mode’s frontman Dave Gahan. The song is a new version of a song from Goldfrapp’s 2017 album Silver Eye. It’s available to hear below…

The epic collaboration has been released as a single from the deluxe reissue of the album which is scheduled for release on July 6th via Mute records.

Goldfrapp expressed their delight producing the new song with Dave on board, ‘Working with Dave Gahan on the new version of Ocean has been a real honor for us as a band. We’re thrilled to finally share this collaboration with the world.’

Meanwhile Depeche Mode are currently touring stateside in support of their fourteenth studio album, Spirit. According to Billboard, ‘The Global Spirit’ world tour has grossed more than $187 million since launching just over a year ago. That’s roughly €160 million to you and me.

They will also return to Europe for the second leg of their tour. Full show details are below,