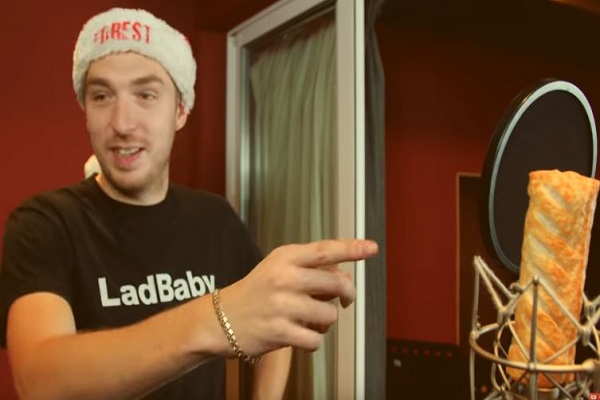 At the time of writing, UK blogger, Lad Baby was 508 sales and streams ahead of Ariana Grande’s Thank U, Next and just 978 sales behind US singer Ava Max, who topped the midweek chart update.

LadBaby is the alter-ego of Nottingham man Mark Hoyle who found fame posting videos about his parenting journey on social media. According to the BBC, his bid for Christmas number one, We Built This City On Sausage Rolls, a parody of the 1985 Starship song, “started as a joke”.

“I had never sung before in my life. I’ve never done karaoke. Now I feel like we can go all the way, and why not? We want a Christmas miracle and get the number one spot.” With profits from the song going to food banks around the UK, it’s a noble aspiration but sadly, the stats are against him.

According to chart expert James Masterton, “People will cheerfully buy a charity single. It’s a nice, tangible, feel-good gesture, but they won’t necessarily listen to it.”

As a result, LadBaby’s single doesn’t appear anywhere in Spotify’s Top 50 most played chart, which is dominated by Christmas songs. On YouTube, it’s had 527,000 views but Grande’s Thank U, Next is way ahead, averaging 10m plays per day.

In a chart where streams outweigh sales (last week, streams accounted for 92% of Grande’s chart position), that puts Number One out of LadBaby’s reach.