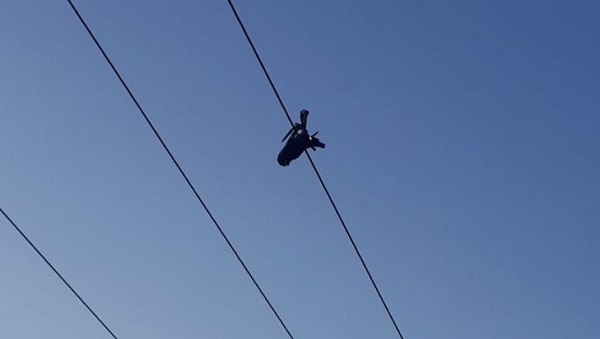 A man has electrocuted himself after trying to untangle his drone from overhead wires in a park in Dublin.

Around a thousand buildings in the area lost power when it happened in Cabinteely last night.

Firefighters and paramedics from Dún Laoghaire responded to the incident yesterday afternoon in south Dublin.

The drone operator is being treated for serious burns.

Firefighter/Paramedics from Dun Laoghaire responded with @LoughlinstwnNAS to a person suffering from burns after being electrocuted trying to retrieve a drone in a South Dublin park. @ESBNetworks have confirmed that it was a 10kV line. NEVER EVER attempt to go near ESB cables. pic.twitter.com/LUchIYxxqF